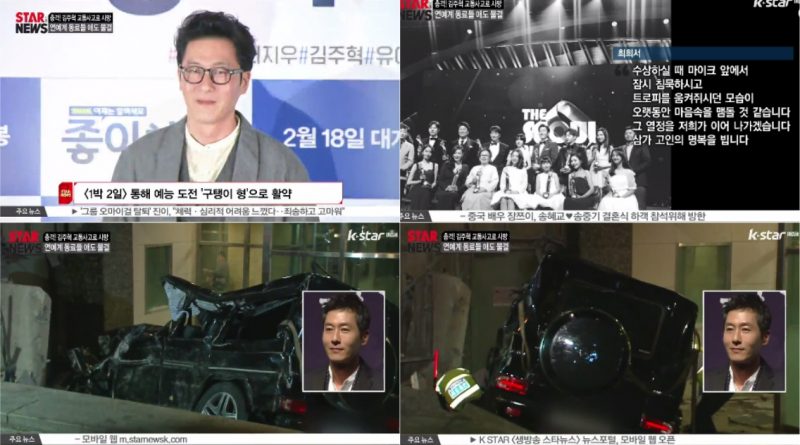 On the 30th of October afternoon, a shocking news came from actor Kim Joo Hyuk who died in a car accident. The entertainment world was very surprised to hear this news. According to police, ‘Kim Joo Hyuk’s car crashed another car on the road near Samsung-deong, Gangnam-gu, Seoul on October 30th’. It is said that Kim Joo Hyuk’s car has fallen down the stairs after crashing into the apartment’s wall.

Kim Joo Hyuk was rescued by the police and sent to the nearest hospital. But on the way to the hospital, his breathing has stopped. Police responded to growing speculation ‘no information from the hospital about his death yet. Police are investigating possibilities in the accident. The police have sought information from the family and have requested an autopsy from the National Guard.

Kim Joo Hyuk made his debut in 1998 through SBS Talent and was named one of the actors with extraordinary acting skills compared to others. He was also known as the son of the late Kim Mu Saeng’s senior actor and followed his father’s role in the drama ‘Gu Am Heo Joo’ as Heo Joon.

In addition, Kim Joo Hyuk also starred in the entertainment program ‘2Days 1 Night’ and earned the nickname ‘Gutaeng Hyung’  by showing his friendly charm on the screen. Moreover, he won the best supporting actor award in the 1st Seoul Award on October 27th, just three days before the accident, and he expressed his joy of receiving the first award for his acting in the film after 20 years. Kim Joo Hyuk has shocked the hearts of the fans due to his sudden accident. Hopefully, may he rest in peace.