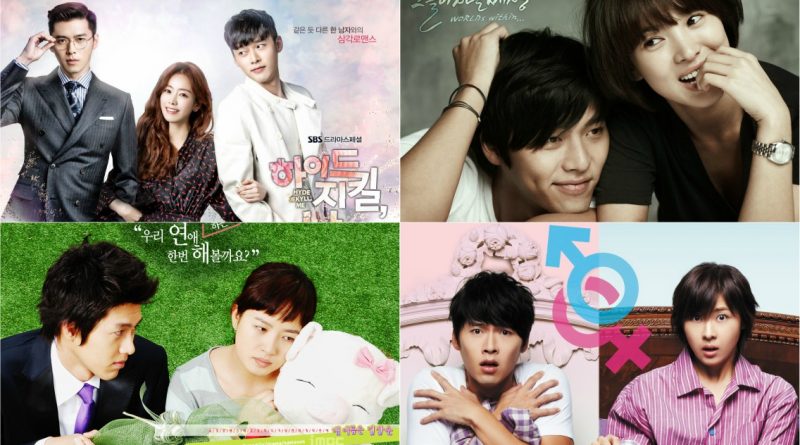 Hyun Bin was born on September 25th, 1982 in Seoul under the name Kim Tae Pyung. Since childhood he has often been praised for his handsome face. At 6th grade he has the ideals of being a deceiver. But during high school, his seniors advised Hyun Bin to try acting in a theater club. Initially both parents forbid Hyun Bin to become an actor, but Hyun Bin did not give up and persuaded them for two years. Both Hyun Bin’s parents said that if he gets into the acting department of Chung Ang University, they will allow him to be an actor Hyun Bin also tried hard and was accepted at Chung Ang University, and got the blessing from both his parents. Hyun Bin debuted in 2003 through KBS ‘Bodyguard’, in the drama he only played a small role. After that he continues to pioneer careers in the world of acting. Here are 4 popular dramas starring Hyun Bin.

‘Hyde, Jekyll, Me’ is the drama that aired on SBS on January 21st until March 26th, 2015. In this drama that has 20 episodes, Hyun Bin co-acted with Han Ji Min. The drama ‘Hyde, Jekyll, Me’ tells about Koo Seo Jin (Hyun Bin) who has two different characters. His first character is someone who is cold like Hyde, while the other is as sweet as Jekyll. He works as a playground owner and meets up with Jang Ha Na (Han Ji Min). Jang Ha Na works at the playground circus. Seo Jin Seo Jin tries to drive the circus out of the playground, while Jang Ha Na tries to defend the circus. In the process, Jang Ha Na also fell in love with Koo Seo Jin.

The second popular drama is ‘Secret Garden’ which aired on SBS on November 13th, 2010 until January 16th, 2011. Hyun Bin plays Kim Joo Won, a clever and handsome man from a wealthy family. He runs a family business that is a luxury mall. One day he was asked for help by Oska (Yoon Sang Hyun) to pick up actress Park Chae Rin on set. But he mistook the cast member of Gil Ra Im (Ha Ji Won) as the actress and took her to the hotel. At the hotel, Joo Won just realized that the woman he picked up was not the actress but a stuntman. Although Gil Ra Im is not her favorite type, Joo Won cannot stop thinking about Gil Ra Im so he tries to get the woman.

The drama ‘Worlds Within’ is a drama consisting of 16 episodes and aired on KBS on October 27 through December 16, 2008. The drama was written by No Hee Kyung and directed by Pyo Min Soo and Kim Kyu Tae. In this drama Hyun Bin plays Jung Ji Oh and competes acting with Song Hye Kyo who plays Joo Joon Young. Joo Joon Young is a female producer among the many drama creators who are mostly male. At first Jung Ji Oh makes Joo Jon Young’s life difficult and suffering, but eventually Jung Ji Oh starts falling in love with the hardworking Joo Joon Young.

The drama ‘My Name is Kim Sam Soon’ is a drama that aired on MBC from June 1st until July 21st, 2005. This drama is a drama that makes Hyun Bin’s name skyrocketed. In this drama Hyun Bin plays Hyun Jin Hun and his partner is Kim Sun Ah who plays Kim Kim Soon. This drama tells about Kim Sam Soon who is a 29-year-old woman and has an ordinary life. One day she went to the hotel to find her boyfriend having an affair. As she is crying in the men’s toilet, she meets with Jin Hoon who has just been splashed by his date with water. After that Jin Hun meets Sam Soon. He meets her when Sam Soon is about to leave an interview at Bon Appetit Restaurant and when Sam Soon’s hair is stuck in Jin Hoon’s tie clip. The story continues until the seeds of love grow between them.

April 13, 2017 Tri Comments Off on Xiumin’s Skill in Playing Baseball