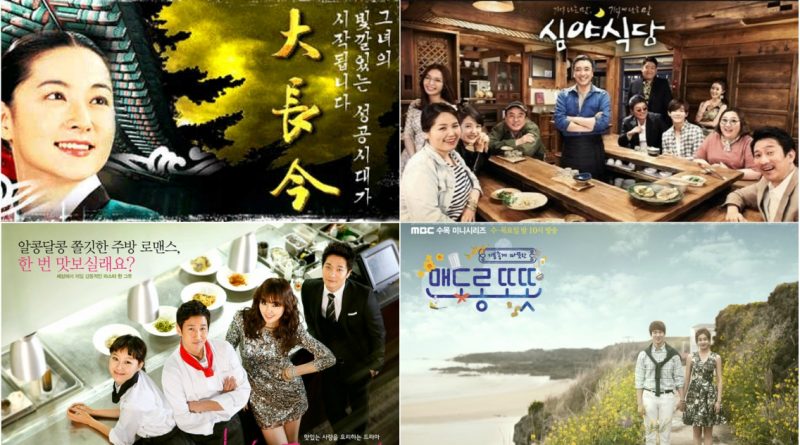 The drama tells a true story of Seo Jang-Geum (Lee Young-Ae) who is a female doctor for the first time told in Joseon dynasty civilization, but formerly Seo Jang Geum is a chef devoted to the kingdom . But in the palace, Seo Jang-Geum often gets insulted and is outraged by other workers, it’s because Seo Jang-Geum is a very great woman and also clever until she often gets praise from the king, and that’s what might make other workers jealous of her. Despite being treated like that, Seo Jang Geum keeps the spirit and continues to be a chef.

The Korean drama ‘Late Night Restauran’t tells of a restaurant that only opens at midnight until 7 am. This restaurant has a lot of uniqueness other than just open midnight, for example, this restaurant does not have a menu. The owner and chef (Kim Seung Woo) restaurant make whatever its customers ask for. In addition it also often helps its customers in solving a problem in unexpected ways.

Lee Jung Joo (Kang Sora) has been struggling and working hard all her life, even she is very rarely rested. For 5 years as an administrative employee at a clothing company in Seoul, Jung Joo always works even on weekdays. But that did not stop her from losing her job, even she also lost her house and her boyfriend, so she decided to elevate everything she has now and start a new life on Jeju Island. On Jeju Island, Jung Joo meets with Baek Geon Woo (Yoo Yeon Seok), a chef and restaurant owner of “Warm and Cozy”. Jung Joo made her first mistake when she lied. Geon Woo is a man from a wealthy family who just does what he wants and likes, including opening a restaurant in Jeju just because that’s where he wants to stay. Although Jung Joo and Geon Woo have different personalities, as time passes they gradually fall in love.

December 13, 2017 Ria Comments Off on 2PM Lee Joon Ho’s Impression on Being The Main Character in ‘Just Between Lovers’
STAR VIDEO