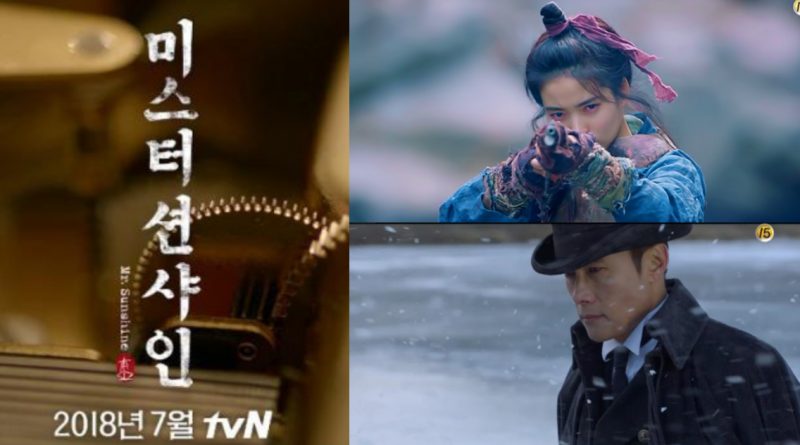 ‘Mr.Sunshine’ is definitely on a different scale than the usual Korean drama. Recently its promotion has become the talk of the town as soon as it dropped its first teaser. Will the new drama ‘Mr.Sunshine’ will be the next ‘Goblin’?

It has gained a lot of viewers attention from the write of its drama which successfully went viral through ‘Goblin’ to the line-up of amazing actors that will appear in this drama. Now the expectation is high on how Kim Tae Ri, the recently rising star will play along with the top actor Lee Byung Hun.

‘Mr.Sunshine’ is reportedly reaching the total of 40 billion won for its production cost. The production cost of this drama apparently is even bigger than most movies. The movie ‘Along With God’ spent a total of 40 Billion won production cost and surpassed a total 14 millions of viewers last year, compared to this, this drama’s production cost is indeed enormous. This drama has 24 episodes in total and each episode cost around 1.6 billion won for its production. Perhaps this because ‘Mr.Sunshine’ is set on the Korean Period which is not recorded in the history. This drama took a set in 1900’s and even though it is not recorded in the history, the story of a Korean Army history deserves to be the talk of the town.

Because of the set of this drama, the filming set is also being redesigned and the costum has to perfectly matched with the historical research. “This drama is the first movie-scale Korean Drama and its filming set cost us a lot of money” said one of the official production team of this drama. And then they added, “it also cost a lot of money for the art effect in this drama”.

The experts said that the quality of this video is amazing and it seemed that it has cost a great amount of money to the team production. So far, the filming has been done till the 11th inning while the script has perfectly written till the 16th inning. According to one of the representatives from the station tv, “This historical drama will the the masterpiece full of satisfaction. The filming set is also perfectly designed so that the actor will be able to get into their character even deeper” and then they added, “it looks like this drama will be the next ‘Goblin’ this year”.

May 20, 2018 Tri Comments Off on 4 Contract-Marriage Themed Dramas
DRAMA Rank&Talk

September 13, 2017 Ria Comments Off on Park Bo Gum’s Activities While Being Absent In Filming For A Year
MUSIC VIDEO