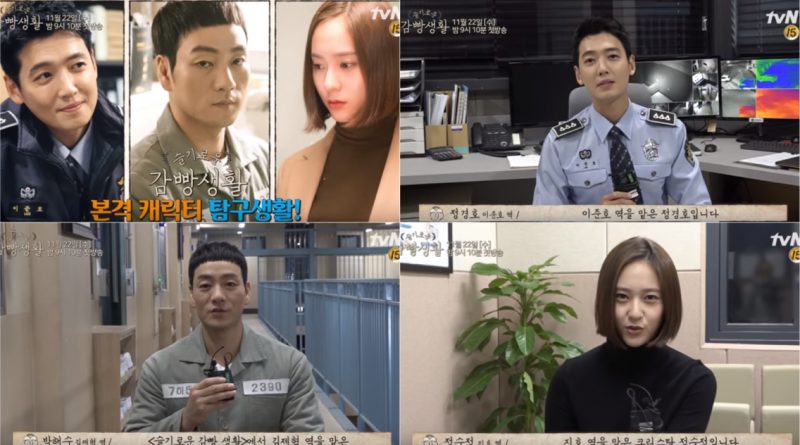 Krystal plays the female lead named Ji Ho, a Korean traditional medicine student. Krystal said, “The character I play is very cheerful. Sometimes impatient. But has a great passion.” She will compete acting with Park Hae Soo. Park Hae Soo plays Kim Jae Soo who is a famous baseball player. Park Hae Soo said, “Jae Soo is a national hero. However, one morning he stumbled over a criminal case so he was detained in prison “, he said.

Jung Kyoung Ho plays Lee Joon Ho who is an elite police officer. Jung Kyoung Ho explained, “Joon Ho has a smart and quick-witted character. He created a chemistry with Park Hae Soo inside the prison.” ‘Wise Prison Life’ is a comedy-drama that tells of wardens and inmates. Shin Won Ho who directed ‘Reply’ will direct this drama. The drama will begin airing on November 22nd.