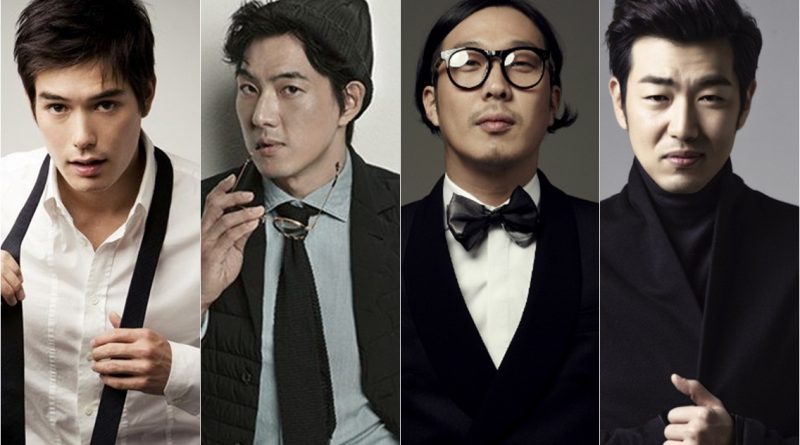 Married actors usually have lost their charm in the eyes of fans. But after their first child was born, fans feel happy and just admire them more. Thanks to their affection to their children who are shown through variety shows, the artists below look even more fascinating as a father. Who are they?

In the first place, there is Ricky Kim. Although he is not a native Korean, this actor and model started and pioneer his careers in Korea. Since 2014, Ricky Kim became a member of ‘Oh My Baby’ with her son Asher William. Ricky looks very handsome despite having two children.

His face and his name is no stranger to South Korean historical drama lovers. Recently, Song Il Guk is better known as the father of Daehan, Minguk, and Manse in the reality show ‘Return of Superman’. The way he educates these three twins is also often received praise from psychologists. Song Il Guk becomes more charming with the presence of Daehan, Minguk, and Manse.

Famous through SBS’s variety show ‘Running Man’, Ha Dong Hoon or who is familiarly called ‘Haha’ is often linked to the character of the children cartoon ‘Pororo’. In addition to being similar to the cartoon-clad style of dress, Haha’s character in ‘Running Man’ is also childlike. But after he got married, Haha slowly transformed his image into a father figure that Dream, his child could be proud of. Fans also welcomed his transformation and came up with a new nickname, ‘Dream Appa’.

Being charming and talented in the field of acting is an advantage for an entertainer. Lee Jong Hyuk is still much liked by female fans from any age group. Moreover, he has the ability to be a good father for his son, Lee Jong Son. Through a variety show  ‘Dad, Where Are You Going’, many of the silly moments were caught on camera. Although Jong Son often looks more mature than his father, it proves the relationship between the two is very good.