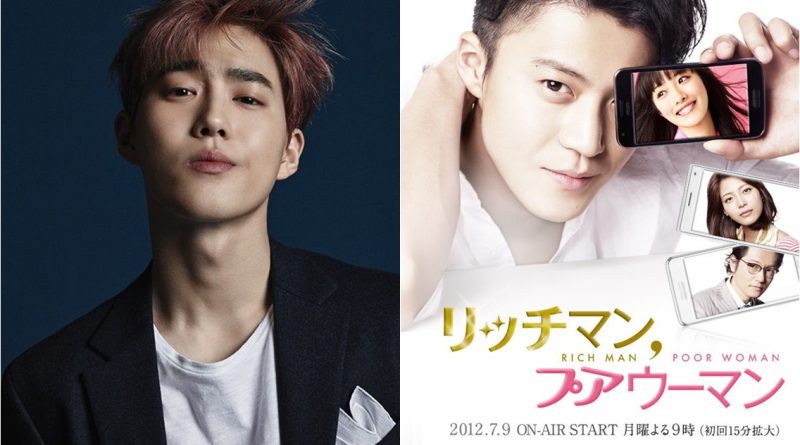 Through MBC drama ‘Three Color Fantasy’ Suho EXO tried to act and within 10 months he will come back to the screen. ‘Rich Man Poor Woman’ is a drama that aired on Fuji TV Japan from July to September 2017. The drama is also famous in Korea starring Satomi Ishihara.

This drama is about a womn who fall in love because of the conflict of values and life, young business people in IT companies and students who are clever but difficult to get a job. The female lead in ‘Rich Man Poor Woman’ is Han Yeon Soo. Meanwhile, the production plans to finish the casting and begin filming next month.

Suho will also play in the movie ‘Middle School Girl A’ which is lifted from a webtoon with the same title. EXO will hold a fourth concert titled ‘EXO PLANET # 4 – The EℓyXiOn’ on 24 – 26 at Sky Dome, Seoul.