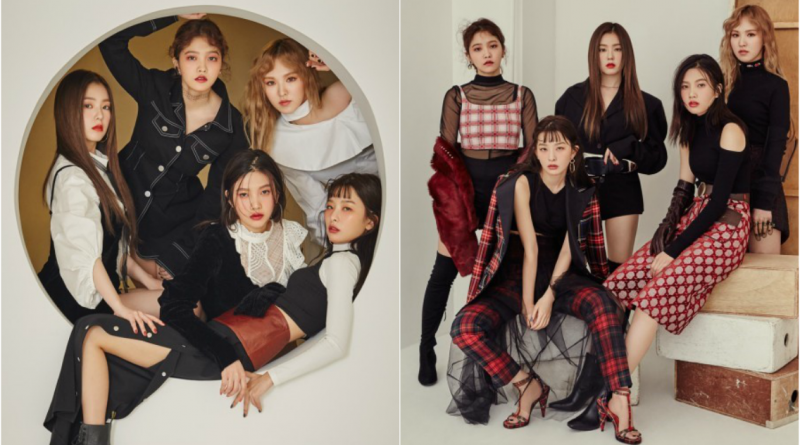 Red Velvet was chosen as the cover for the December issue of Singles and proved to be a popular girl group.

At this shoot, Red Velvet is showing the perfect way to get a trendy look like Sai Hai Boots, Peplum Belt, and more. They also showed a surprising mature charm on the set.

Red Velvet, who grew into a popular girl group for four years and grew bigger, started with the debut song ‘HAPPINESS’, and added an addictive melody to ‘Ice Cream Cake’, ‘Dumb Dumb,’ Russian Roulette ‘, up to ‘Red Flavor’ making their hit songs get a lot of love.


They capture people’s hearts with colorful aspirations to play a variety of music, switching from ‘Red’ to the sporty concept of sparkling sparks and ‘Velvet’ with the softness and enthusiasm that attract the public’s attention.

The title song ‘PEEK-A-BOO’, which has become a hot topic even with only a teaser. It shows a mysterious and mature look of Red Velvet.

Wendy, the main vocalist who recorded the album with Mind Control said, “The result is better when I lower the pressure”, and the busy Irene who not only prepares the album but also shoots the ad said, “I think it’s my job as the oldest member of the team.”

Joy is proud of trying different concepts, and Seulgi who has expressed her desire to show as much charm as possible, as well as Yeri who wants to learn guitar and try to write her own songs and compositions is expected to be the pride of the group.

Red Velvet photo shoots can be seen in the December issue of ‘Singles’ and ‘Singles’ online mobile app. (m.thesingle.co.kr)