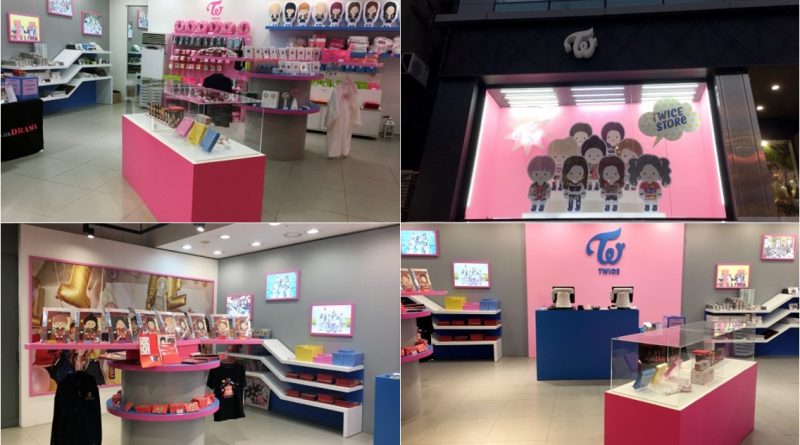 TWICE store has already opened in Hongdae. JYP Entertainment opened a ‘TWICE STORE’ around the streets of Seoul Hongik University from November 18th through December 30th. At TWICE STORE we can find various TWICE souvenirs in wide and comfortable place, and this is warmly welcomed by fans.

TWICE STORE also sells TWICE concert products and fan meetings merchandises. Among these items are the official paper toys of TWICE members, license plate numbers, and grip talk. At the time of its opening got a warm response from fans.

On October 30th, TWICE released their first full album ‘TWICETAGRAM’ and single ‘LIKEY’ and became popular among the top 6 music companies. On the 22nd, MV ‘LIKEY’ has reached 80 million viewers on Youtube and became the first K-POP group with the shortest time reaching 80 million viewers.