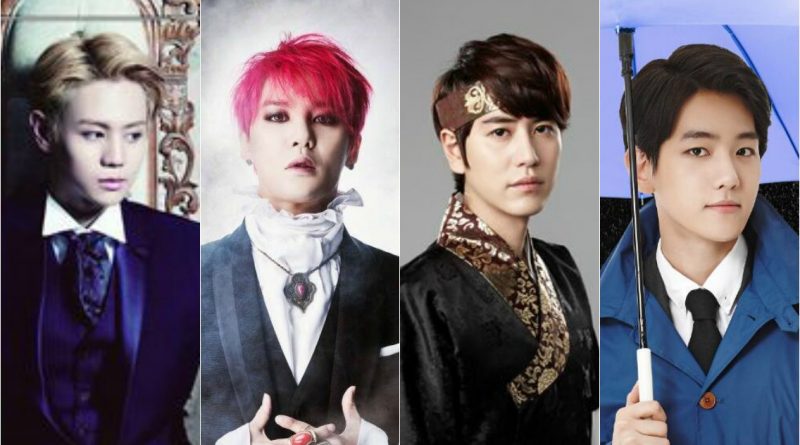 Nowadays, there are many multitalented idols who show their talents in other fields besides singing. Some idols become actors in television dramas. Then others also try to develop their talent and combine their ability to sing and act through musical theater. This is something great because it takes great talent in performing and acting in order to pass the audition. Here are 4 male idols who successfully took part in musical theater performances:

Kim Junsu is already familiar to the ears of the musical theater artists. Since he was with TVXQ, he has been known for his incredible singing ability. He debuted in musical theater with ‘Mozart’ in 2010. He has performed in several performances every year, varying between 7 different types of works: Mozart !, Tears of Heaven, Elisabeth, December, Dracula, Dorian Gray and Death Note. He also won several awards for Best New Actor, “Most Popular Actor”, and “Ticket Power Award – Musical Actor” for his projects. The last work of Junsu before entering the military was L in the musical ‘Death Note’, and it received excellent reviews from critics. Junsu’s ability in acting and singing is always awaited by the fans.

EXO’s main vocal Baekhun is already known to be good at singing and dancing. However, who would have thought that he also has ability in acting and perfoming a role. Baekhyun played Don Lockwood as the lead character on the musical ‘Singin in The Rain’. Since then, some critics have begun to recognize his potential and wait for the his next works in the future.

Kyuhyun started his career as a musical actor in 2011 with ‘The Three Musketeers’, in which he played the role of D’Artagnan. After that, he became the leading role in the theaters’ Catch Me If You Can ‘,’ Moon Embracing the Sun ‘,’ Singin ‘in the Rain’, ‘The Days Mooyeong’, ‘Robin Hood’, and ‘Mozart’. Kyunhyun brought home the Popular Star Award and the Musical Rising Star for his role in musical ‘The Three Musketeers’.

YoSeob HIGHLIGHT launched his musical career in 2011 with “Musical Sonata”. He has played many musical dramas since then , such as “Joseph and the Amazing Technicolor Dreamcoat”, Full House “,” Zorro “,” Robin Hood “, and” Cinderella “.Lately, Yoseob will take a new role in the production Theater entitled “The Days”.