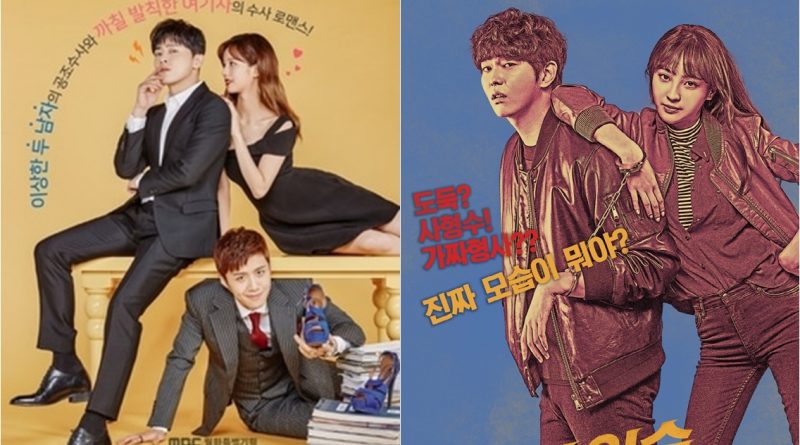 It seems that we have to say goodbye to the melodrama that has graced the screen on Monday and Tuesday. With the end of SBS ‘Temperature of Love’ and MBC ’20th Century Boy And Girl’ which are synonymous with the beautiful romantics of autumn, it is time to meet new genres in the drama. Melodrama about the love of Seo Hyun Jin and Yang Se Jong will be replaced by SBS’s new Monday-Tuesday drama SBS ‘Doubtful Victory’. Meanwhile, Jo Jong Suk and Girls Day’s Hyeri are ready to give freshness to the drama ‘Two Cops’ which replaces ’20th Century Boy And Girl’.

Yoon Kyun Sang who previously appeared stunning in the drama ‘Rebel’ re-emerged to the surface. This time, he is no longer a hero like the previous character. In Monday-Tuesday drama SBS ‘Doubtful Victory’, Yoon Kyun Sang plays a fake detective named Oh Il Seung who captures criminals. Previously, Oh Il Seung’s real identity is Kim Jong Sam who was sentenced to death for allegedly killing.


After 10 years of Kim Jong Sam (Yoon Kyun Sang) being imprisoned, he ran away. Then he steals Oh Il Seung’s detective identity and joins the detective team. His co-worker Jin Jin Young (Jung Hye Sung) is a detective who puts a suspicion on Oh Il Seung’s true identity.

Furthermore, ‘Doubtful Victory’ will compete with MBC’s new Monday-Tuesday drama ‘Two Cops’. Hyeri who previously received praise thanks to the character Sung Duk Sun in the tvN drama ‘Reply 1988’ has a chance to show her acting power. She will play a socialist journalist named Song Ji Ahn. This time, Hyeri is paired with famous actor Jo Jong Suk. ‘Two Cops’ is a fantasy investigation drama that tells about Cha Dong Tak (Jo Jong Suk), a detective who upholds justice. Unfortunately, Cha Dong’s body is possessed by a fraud spirit named Go Soo Chang. Cha Dong Tak and Go Soo Chang finally try to unite in exposing the evil. In the process, Cha Dong did not fall in love with Song Ji Ahn.

July 16, 2018 Ria Comments Off on 5 Korean Actors with the Sweetest Smile
BEAUTY Rank&Talk