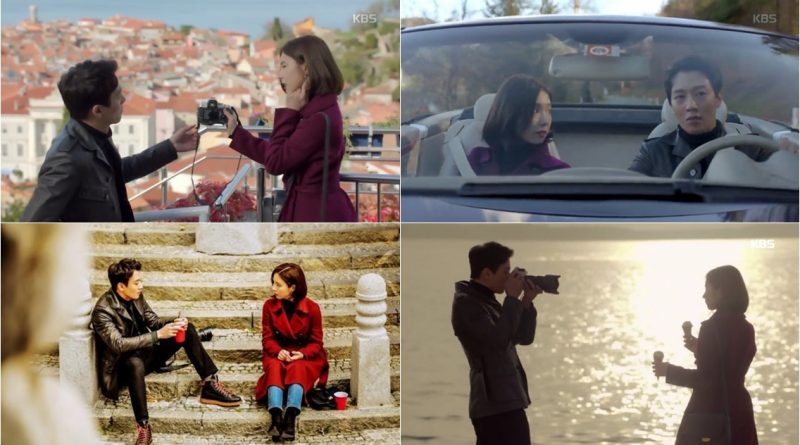 ‘Black Knight’ became the king of Wednesday-Thursday drama. The new drama KBS 2TV ‘Black Knight’ episode 2 which aired on the 7th was ranked 1st. ‘Black Knight’ is a melo drama that tells of a man who challenged dangerous destiny for the sake of the woman he loves. Ever since the first episode, a secretive character emerged, the past that transcends the present and its mysterious story has captivated viewers.

We can feel the chemistry of Kim Rae Won and Shin Se Kyung in the episode 2 ‘Black Knight’ 2. The day’s impressions, after Moon Soo Ho (Kim Rae Won) and Jung Hae Ra (Shin Se Kyung) had a wonderful day together in Slovenia, the process of reunion. Soo Ho has been looking for Hae Ra for quite a long time, but Hae Ra can not recognize her, the subtle storyline between them gives a special sensation to the audience. Moreover, Kim Rae Won is famous as a master in melakoni melo drama has an eye gaze that can melt the audience.

Not only that, Sharon (Seo Ji Hye) and Becky (Jang Mi Hee), two immortal women, add to the mysterious atmosphere in the drama and increasing tension. In previous broadcasts, Soo Ho and Park Chul Min (Kim Byung Ok) are implicitly guardians as well as criminals saying “I’ve seen people who have not aged” who the person is a question for the audience.

‘Black Knight’ presents a cool romance coupled with an element of mysterious fantasies that give a deep impression. This drama also featured beautiful visuals, beautiful, and good actor performance. Only in two episodes alone has occupied the throne. Party ‘Black Knight’ delivered, “Thank you for your attention to the drama ‘Black Knight’. Actors and crew do their best to dedicate a work to you. Please look forward to an increasingly fascinating story in every episode. “‘Black Knight’ airs every Wednesday and Thursday at 10 pm.

May 28, 2017 Tirta Comments Off on Kim Myung Min and Byun Yo Han in ‘A Day’ Press Conference
MOVIE VIDEO

June 23, 2017 Tirta Comments Off on The Casts of ‘My Father is Strange’ Show Their Support for ‘Anarchist from Colony’ Movie
MUSIC VIDEO