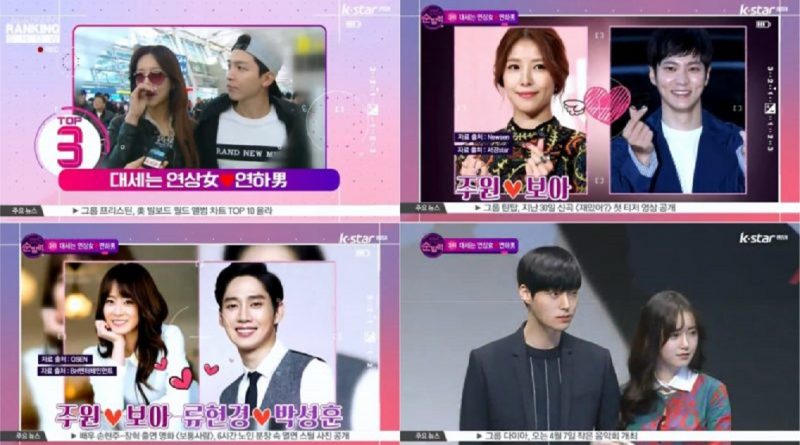 There’s a saying that ‘age is just a number’ in love.  These days, the trend among celebrity couples is having a younger boyfriend. Some of the examples are BoA and Joo Won couple, and then Ryu Hyun Kyung and Park Sung Hoon, who recently confirmed their relationship.

Kim Hye Jin and Ryu Sang Wook, who’s 10 years younger than her, recently appeared in an airport together. Ryu Sang Wook came to accompany his girlfriend, who was going to Hong Kong to attend an art exhibition. Aside from being an actress, Kim Hye Jin is known as a painter. The couple confirmed their relationship in December 2016. They have been dating for 9 months now. To K-Star, the couple admitted that a lot of people often asked them about their age gap.

“Yeah a lot of people talk and asked me about this. ‘Don’t you feel weird because of your 10 years difference?’ and I said, no I don’t.”

02:22     There are also a lot of couple like this who have gotten married, such as Bada and her husband, Goo Hye Sun and Ahn Jae Hyun, also Rain and Kim Tae Hee.