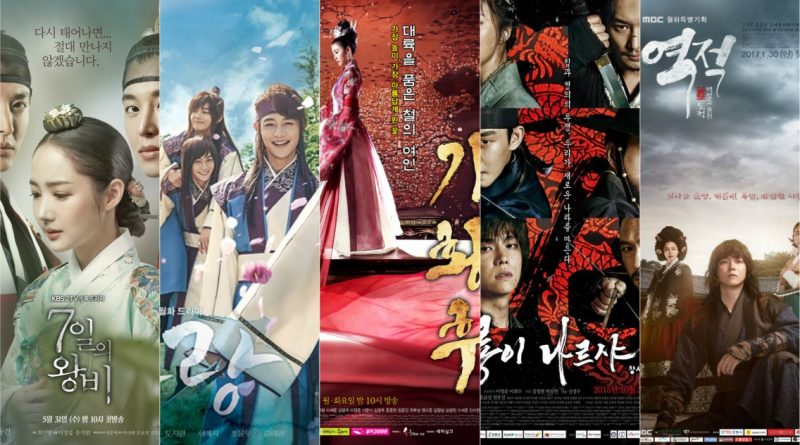 Not all drama is fiction or comes from the imagination of its scriptwriter. Although most Korean dramas have fantasy stories, there are also dramas that are inspired by the story in the past. For example, the drama Saimdang’. Although the story is fiction, the character named Saimdang who is a legendary artist is inspired by a real-life character. The following dramas are already flavored with a sprinkling of fantasy, but the dramas are inspired from real stories or characters.

The drama that aired in 2017 was inspired by the story of a queen in the Joseon era who became the throne with the shortest period in history, which is 7 days. Although the events that took place in the drama were not entirely real, but the fact that King Yeonsangun was coupled by her brother named King Jungjong was told in Korean history. Then the wife of King Jungjong who is known as Queen Dangyeong was not long served as queen because she was replaced due to the people who did not like her father. The drama is played by Yeon Woo Jin, Park Min Young, and Lee Dong Gun.

The drama with the setting of Korean Goryeo era tells the story of a group of handsome young men with high education at a training center called Hwarang. The element of romance between the actors is indeed fictional, but the Hwarang training center did exist at that time. The venue is a training center for every young person who wants to be a government official or a public official. The drama starring Go Ah Ra, Park Hyun Sik, Park Seo Joon, and SHINee’s Minho.

Another strong female character in Korean history was again raised to the center of a drama. The character ‘Ki’ played by Ha Ji Won does exist in history. Ki is a Korean woman who was sent to Yuan Mongol kingdom to become a concubine. As in the drama, Ki goes up and becomes the queen.

The drama starred Yoo Ah In, Kim Myung Min and Chun Ho Jin. It tells the story of six people from different social backgrounds who lived in the end of the kingdom of Goryeo. Three of the six characters were inspired by real-life characters. Lee Bang Won, Jeong Do Jeon, and Lee Sung Kye are the three figures who captured the Goryeo kingdom and built the Joseon dynasty.

November 12, 2017 Ria Comments Off on Han Ye Seul Returns As The Queen of Romantic Comedy In ’20th Century Boys and Girls’