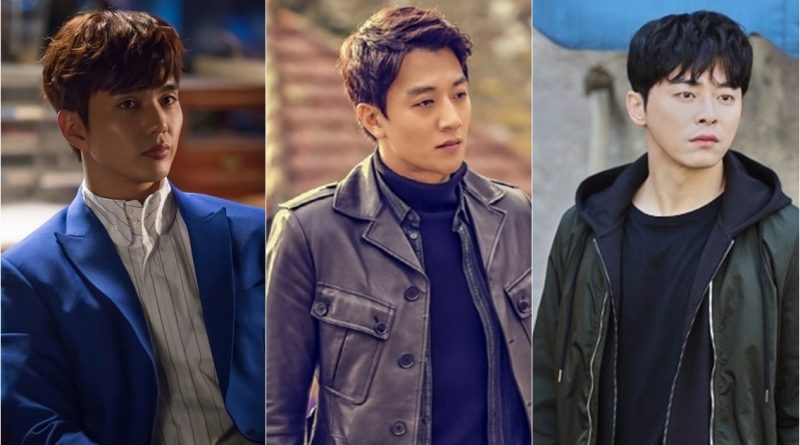 Amidst the many fantasy dramas popping up, then who will act the best character in fantasy drama? MBC drama ‘I’m Not A Robot’, KBS 2TV ‘Black Knight’, and MBC ‘Two Cops’ are currently airing. The three dramas are played by actor Yoo Seung Ho, Kim Rae Won and Jo Jung Suk who are all considered to be reliable actors. Well it is also the first time these three actors try fantasy drama. Let’s find out each of their fantasy character.

In this drama, Yoo Seung Ho plays Kim Min Kyu, a physically perfect man, has an IQ of 157, and abundant wealth, unfortunately he is allergic to humans and never dating. This is the first time Yoo Seung Ho has played in a fantasy drama. He then meets a woman who claims to be a robot and falls in love. In addition, it is also Yoo Seung Ho’s much anticipated first-ever romantic comedy drama. Since the first episode, this drama has been praised for its excitement. The story of the robot romance is increasingly anticipated in the future.

The drama ‘Black Knight’ tells the story of a man who challenges dangerous destiny for the sake of the woman he loves, this drama also contains a love that has existed for 250 years.

Kim Rae Won plays a role as Moon So Hoo, a young businessman who is cool and cool but willing to sacrifice for his love. It’s the first time Kim Rae Won tried fantasy history drama. Kim Rae Won who usually creates hits works also attracts attention through ‘Black Knight’. Chemistry with the actors in his drama and charms earned him plenty of praise. How Kim Rae Won devastated the viewer’s day with the fantasy story in ‘Black Knight’.

Jo Jung Suk has to play 2 characters. First, the figure of Cha Dong Tak, the detective who holds justice and Gong Soo Chang, the ghost spirit that enters his body. He has already proved his brilliant acting skills.