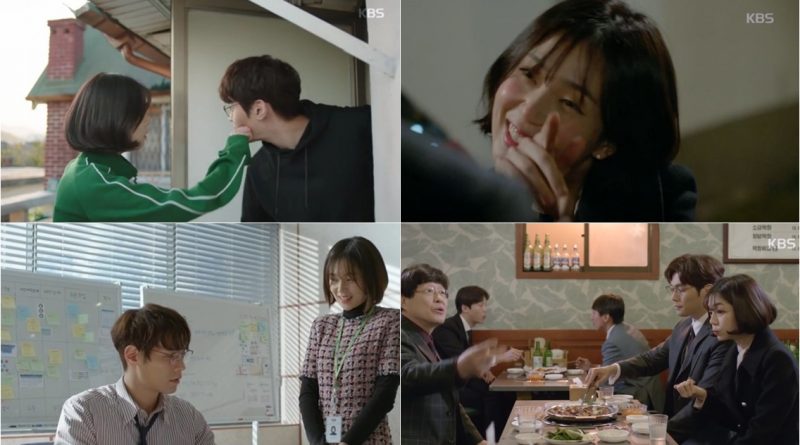 Chi Won tried to get rid of Yoon Yi, but Yoon Yi showed her intention to stick with Chi Won. She actually did the job of a secretary like making copies to send scraps to Chi Won, checking for missed calls and other jobs. Chi Won told her that he does not need a secretary, then Yoon Yi said, “I will not move to other department” making the phrase said clearly.

Yoon Yi tried to become Chi Won’s secretary. Yoon thought Chi Won as a super taxi, while she cheated Chi Won and said will do her best. Chi Won did not even know it, little by little began to glance at Yoon Yi. Cho Won could not touch his own possessions and give Yoon a pencil, with a strange look.

At the end of the episode, Yoon is portrayed as coming to the 2-story compartment of Chi Won’s residence. Yoon asked to stay there over the weekend, the new tenant woke up because of the noise and got angry.

But Chi Won heard Yoon’s exaggerated story. Chi Won said to Yoon, “This is not a dream.” There is a response that says the setting is too much, but the key is how to cope with sitcom-like settings to fit the drama’s characteristics which make the drama more anticipated.