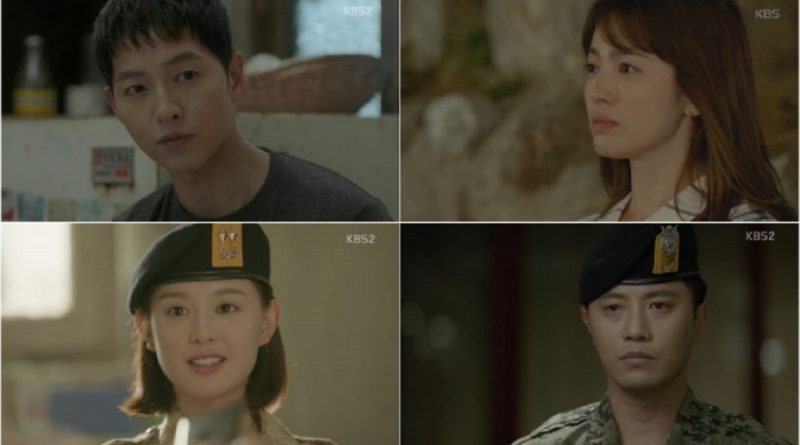 In the previous part, Kang Mo Yeon (Song Hye Kyo)’s car stopped on the edge of the cliff and Yoo Shi Jin (Song Joong Ki) came to save her.

Even though the car fell in the end, Shi Jin and Mo Yeon were safe. Mo Yeon fell unconscious for a moment, but then she woke up and scolded Shi Jin for what he did.

Afterward, the two went back to where they stayed in. Shi Jin told her the story about his senior who got shot in front of his eyes. The scene also showed that the two became closer.

The next day, Shi Jin taught Mo Yeon on how to use walkie talkie. Then Yoon Myeong Joo (Kim Ji Won) came and disturbed them who were having a good time.

At night, Mo Yeon who knew that Shi Jin would go back to Korea from someone else got really upset. Shi Jin went to her to calm her down but Mo Yeon still got mad.