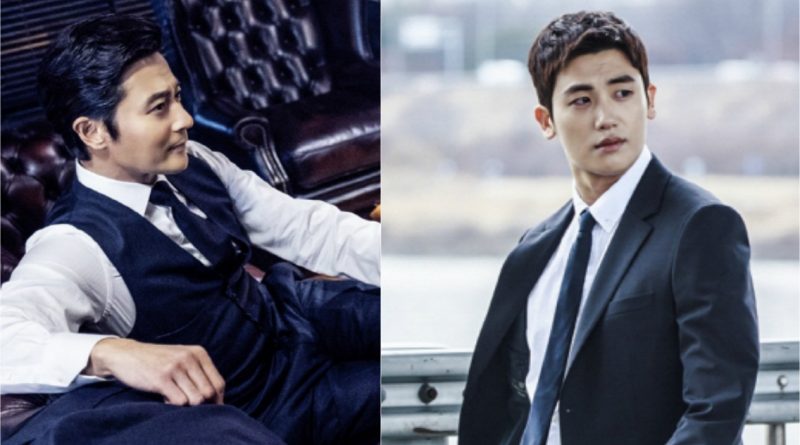 The newest KBS Drama ‘Suits’ confirmed that it is set to air on 25th April and released still cuts for the drama.

‘Suits’ is a remake of American tv series wth the same title and told a story about the legendary lawyer in Korean lawfirm Choi Kang Suk (Jang Dong Gun) and the new lawyer Go Yeon Woo (Park Hyung Sik.). this drama wil air after the end of ‘Queen of Mystery 2’.

The pictures that released on 19th of March showed the appereances of actor Jang Dong Gun and Park Hyung Sik. Jang Dong Gun looked completely relaxed and gave the elegant atmosphere from his character, Choi Kang Suk who is none other than the legendary lawyer with intelligent, skillful and the stunning appereance. Jang Dong Gun has returned to the small theater after his last SBS Drama ‘A Gentleman’s Dighnity’ 6 years ago with the role of Choi Kang Suk.

Park Hyung Sik is an amateur lawyer Go Yeon Woo. Go Yeon Woo is a new lawyer that is gifted with amazing memories and a tough personality. In the released picture, Park Hyung Sik showed the strong mature atmosphere.

The production team said, “with the appereances of Jang Dong Gun and Park Hyung Sik, viewers are expecting a lot and choose ‘Suits’ as one of the best drama this year’.