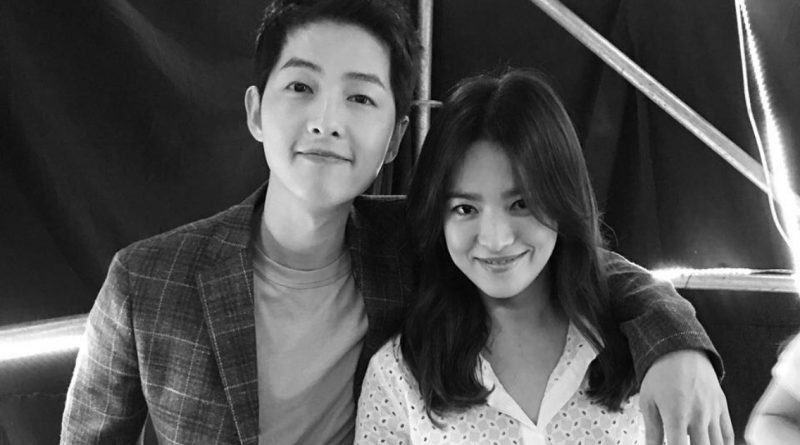 Song Joong Ki has confirmed his next work. Now the Song Song couple that has been enjoying their honeymoon are ready to return to the small screen that made the public excited.

Song Joong Ki and Song Hye Kyo met for the first time through KBS drama ‘Descendants of the Sun’ in 2016. Then the two of them got married in October last year. The wedding of two big hallyu stars has made the Asian fans excited. Even though their wedding ceremony was held privately, a lot of reporters are showing their enthusiasm on the wedding.

After they got married, the couple often showed their affection as they’re travelling overseas together and also often seen together for their overseas schedules just like newlyweds. The cameras often captured the moment the two of them enjoying their date and their daily life has been a great interest to all the fans. They who are enjoying their day off are also careful when it comes to choosing their next works. A lot of fans wanted to see them back to the screen real soon but they decided to not rush it.

Now the two of them has confirmed their comeback this month in July. Song Hye Kyo and Song Joong Ki indeed have to be careful on choosing their next works since its their return after their marriage. After considering a few offers, Song Jong Ki made his choice on ‘The Chronicle of Aseudal’ while Song Hye Kyo chased ‘Boyfriend’.