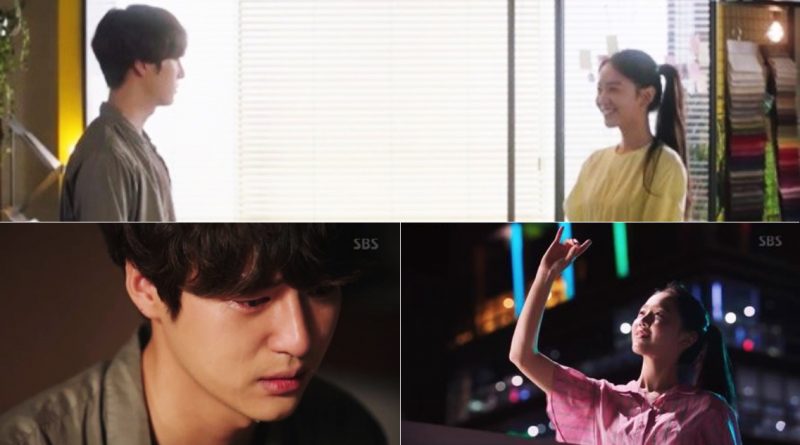 In the 9th and 10th innings of SBS drama ‘Thirty but Seventeen’ that aired in 6th of August revealed Gong Woo Jin (Yang Se Jong) who slowly showing his mixed emotions towards Woo Seo Ri.

Gong Woo Jin broke his promise where he said that he wouldn’t care anymore about Woo Seo Ri, but then it turned out that he became more caring day by day. Gong Woo Jin helped Woo Seo Ri get a part time job to cut the onion and also working in the socks factory.

Gong Woo Jin then feeling the headache as he reminisced his first love who died from the car accident 13 years ago. Back then all that Gong Woo Jin knew was that the name of Woo Seo Ri is Noh Soo Mi who was also in the bus accident as he felt guilty for witnessing it.

Gong Woo Jin then went to see the doctor and told him about the panic he had because he was in the accident location, watching the death of his first love. He said “the memories about the accident keep appearing after 13 years” he explained as he keeps remember his first love. Gong Woo Jin doesn’t want to get any closer to Woo Seo Ri but Woo Seo Ri started working in Gong Woo Jin’s company as she got the job through her phone call with Lin Kim.

Gong Woo Jin who was surprised to see Woo Seo working in his company then told her, “It’s so scary. The closer I get to her the more often the memories comeback. I’m afraid I’ll get involved in other people’s life” he said as he cried with tears of confusion.

The tear and the sorry of Gong Woo Jin on how he couldn’t even recognize his first love, Woo Seo Ri successfully made the viewers shred tears too.