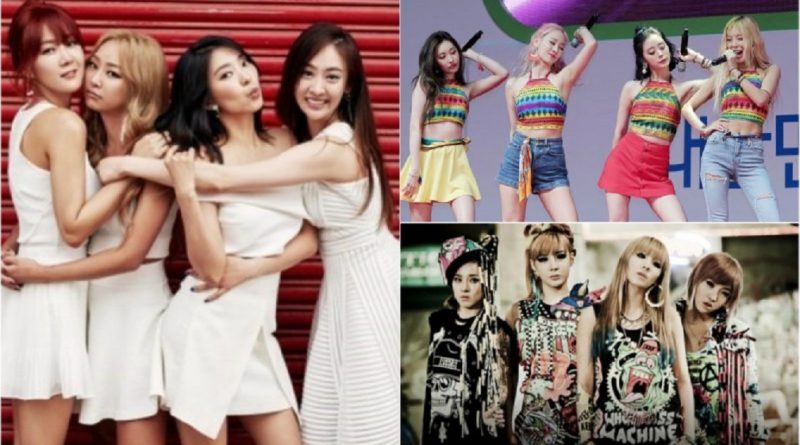 Lately, we receive a lot of bad news from the world of K-POP. Not just about K-POP stars who stumble over legal cases but also K-POP groups who are planning to disband. Of course, this news not only makes K-POP fans surprised but also sad. Each K-POP group has their own capabilities and characteristics and it is what makes them last longer in the hearts of the fans. Long disbanded, these K-POP groups are missed by the fans. The following 3 disbanded groups are the one that seems to be missed most by their fans.

SISTAR is a girl group formed in 2010 under STARSHIP Entertainment. This group is famous for its cheerful and sexy style. During their 7-year career, SISTAR’s songs have always been a favorite of netizens. The examples of the songs that have been produced by SISTAR and became a hit are ‘Touch My Body’, ‘Shake It’, ‘I Swear’, and most recently as a farewell song is ‘Lonely’. Not only that but SISTAR also got many awards from prestigious awards such as ‘Mnet Asian Music Award’ as ‘Best Female Group’ in 2014 as well ‘Melon Music Award’ as ‘Top 10’ in a row. Unsurprisingly, SISTAR is still one of the favorite groups whose presence is missed in the music industry.

2NE1 has attracted the attention of many netizens since their appearance in 2009 under YG Entertainment. Unlike the other girl groups who have a feminine concept, 2NE1 appears a little tomboy with black clothes. Of course, this is because of their style that inclined more toward R&B and Hip-hop but this also became their main attraction. During their career, 2NE1 has been popular both in Korean and internationally thanks to songs like ‘I am the Best’, ‘Missing You’, and ‘Good Bye’ as the farewell song. Since the news of their disbandment a few months ago, many 2NE1 fans still miss them.

The appearance of Wonder Girls in 2006 became the beginning of their success. The group which is managed by JYP Entertainment had several personnel replacements but it did not become a barrier to their path to becoming the legend of the K-POP groups. For the first time, Wonder Girls hit the Billboard Hot 100 Chart which made them the first K-POP group to make it into the prestigious chart with the song ‘Nobody’. ‘Nobody’ was very famous even to foreign countries. In addition, Wonder Girls also entered the Chinese music market with Chinese compilation albums containing Chinese versions of ‘Tell Me’, ‘So Hot’, and ‘Nobody’.

Of the 3 groups of K-POP that have been disbanded, which one do you miss the most?