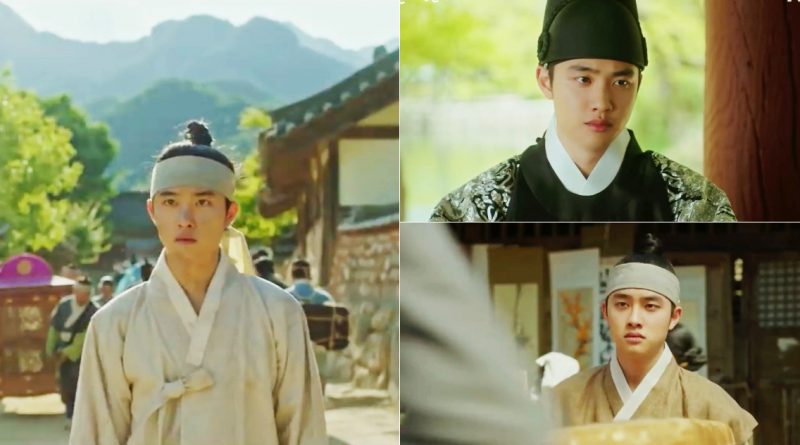 The new tvN drama ‘Hundred Days Husband’ tells 100 days love story of the crown prince Lee Yool who suddenly disappeared and returned as a man named Won Deok (Do Kyung Soo) and a woman named Hong Shim (Nam Ji Hyun) where the two of them will gives a romantic comedy story with the background of Joseon dynasty that has been anticipated by the viewers whether its story or the humor.

The interest of the viewers towards each of the character in this drama has made everyone anticipated for this drama. The crown prince Lee Yool is a perfectionist man and also always focus on doing something. He is always looking cold whether it is through his gaze or through his voice.

Then this charms were twisted and changing drastically as he lost his memories all of sudden. He couldn’t remember who he was and the only thing that left in his body is his way and dignity of a prince.

The viewers are now curios on how the handsome crown prince who is a master of literature and martial arts will survive as now he lost his memories and become the subject of abused by the common people.

‘Hundred Days Husband’ is set to air for the first time in 10th of September at 9.30.pm local time to replace ‘Let’s Eat 3’.