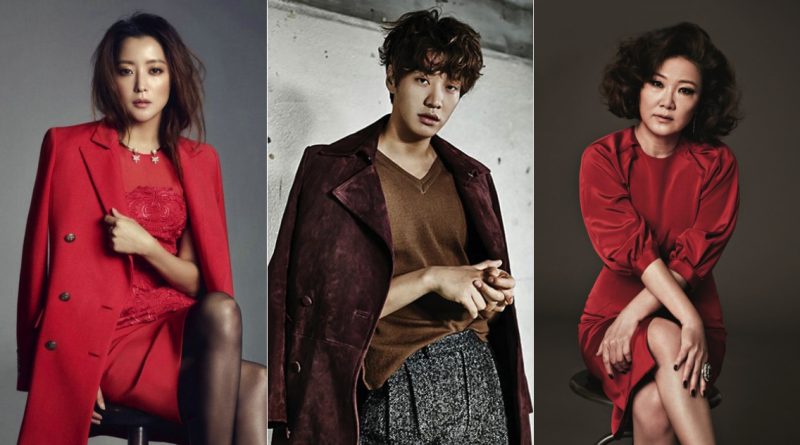 The new tvN drama ‘Room 9’ is planned to air for the first time in September to replace ‘Mr.Sunshine.

‘Room 9’ tells a story of a murderer who was in prison and was about to face the death row sentence named Jang Hwa Sa who apparently exchanged soul with a lawyer named Eulji Hae Yi who will the the main key of this story.

Kim Hee Sun will play the role of Eulji Hae Yi, a lawyer whose fate will change drastically. Hae Yi is a trusted and best lawyer with the winning rate of 100 percent but also arrogant that she wouldn’t care about the weak. When she was about to be promoted to the senior partner of a major law firm in Seoul, she suddenly exchanged soul with Jang Hwa Sa who will face the death row sentence. It is expected that Kim Hee Sun’s ability to act will change dramatically.

Korean veteran actress, Kim Hae Sook who is known through her appearance in her dramas and movies will play the role of Jang Hwa Sa, the cold blooded killer who is preparing to face the death sentence. Jang Hwa Sa is a famous killer through her poisoning case that became very controversial that her execution was delayed for thirty tree years. When she exchanged her body, she will have a golden chance to live as a beautiful and intelligent lawyer.