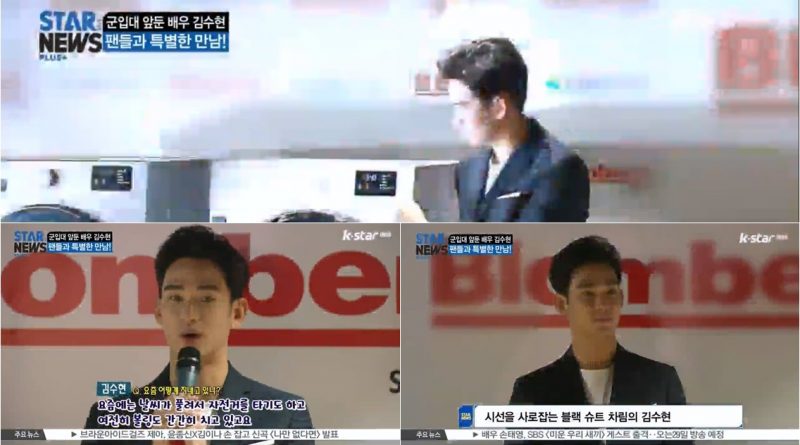 Before going to military service, Kim Soo Hyun held a special meeting with fans. In front of his fans, Kim Soo Hyun was wearing a black suit. Fans look happy because they have not seen Kim Soo Hyun’s appearance since the release of ‘Real’.

“The weather is very good lately. Sometimes I bike and play bowling. I spent time shooting ads and doing events like this”, Kim Soo Hyun said. In front of the camera, he was seen promoting a brand, Kim Soo Hyun is also famous as the ambassador of the brand.