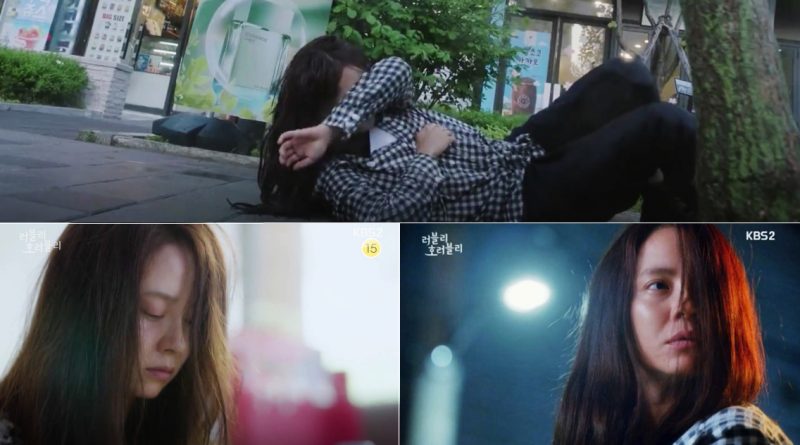 The new changes from Song Ji Hyo in ‘Lovely Horribly’ has finally hit the main screen for the first time.

Song Ji Hyo appeared as Eul Soon, the icon of bad luck in KBS newest drama ‘Lovely Horribly’ that aired for the first time in 13th of August.

The first episode started with various bad luck that happened to Eul Soon starting from her failure in luck, love and even the scenes where she got rained and was splattered with mud. She was deceived by her co-writer Gi Eun Young and was getting rid off the drama ‘A Ghost Love Story’. But in this episode, she also encountered Yoo Philip (Park Shi Hoo) for the first time that made the viewers excited.

When celebrating her birthday alone by her mother’s grave, she cried out and showed emotions which she is tired with her bad luck and her life. Various bad luck that happened to Eul Soon made the viewers couldn’t help but felt empathy towards her. In the last scenes of the second episode, the viewers are curios on how Eul Soon and Philip will meet again in the next episode.

Eventhough this is its first episode, the viewers couldn’t help but talk about the birth of the new Song Ji Hyo character through her ‘Dark Charisma’ with her long hair covering half of her face and her dark aura which Song Ji Hyo successfully immersed herself and transformed into her character Eul Soon.

After the first broadcast, this drama received a lot of positive comments and reviews from the viewers, especially their interest towards the transformation of Song Ji Hyo. Song Ji Hyo successfully greeted the viewers through her 180 degree changes from her previous work that made this drama is anticipated by the viewers.