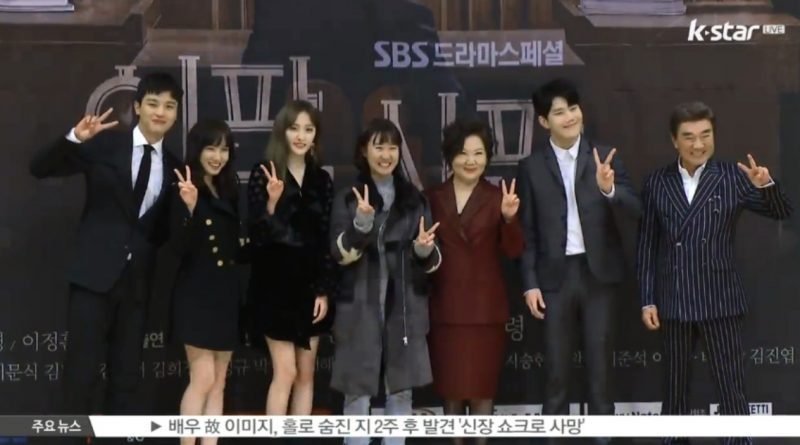 Park Eun Bin’s acting transformation become the subject of conversation. In the drama ‘Nothing to Lose’, Park Eun Bin acts  as a professional judge for the first time.

Acting as a judge Lee Jung Joo, he analyzes up to 200% of his character on a glass screen and looks genius. “When I saw Lee Jung Joo’s character, I felt emotional and positioned myself as a third party. I do not want to be an obstacle and decide to act well. That is my goal in this drama, “he said.


He feels Lee Jung Joo’s character is similar to Ma Yi Deum in ‘Witch’s Court’ starring Jung Ryeo Won so feel challenged to try it. Since the inaugural episode of ‘Nothing to Lose’ was ranked first in Wednesday’s drama line.

Meanwhile, Yeon Woo Jin who plays Sa Ui Hyun in ‘Nothing to Lose’ complains of a difficult legal term. According to him he saw a lot of new legal vocabulary and difficult to understand. “On the set, everyone is busy and I can not get away from the script. But a lot of interesting things there, “Yeon Woo Jin said.

July 16, 2017 Ria Comments Off on The Cast of ‘Single Wife’ Do Photoshoot Together for Their Drama Poster
STAR VIDEO