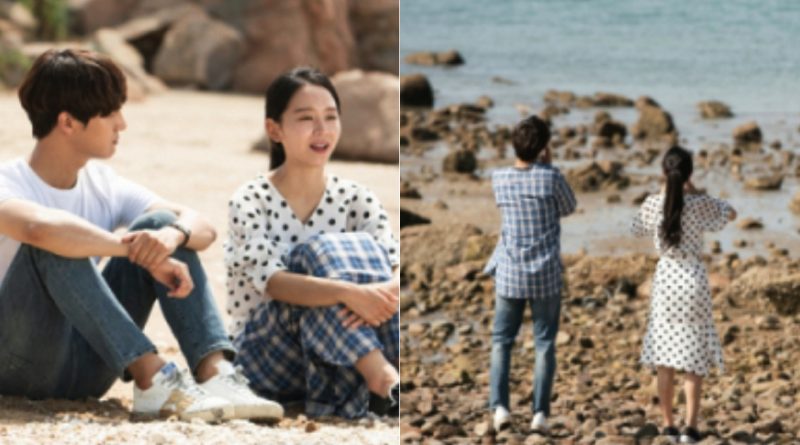 In the released pictures showed Shin Hye Sun and Yang Se Jong who were seen walking by the shore that captured the attention. The next picture showed that the two of them were sitting next to each other on the sand while talking to each other. The two of them successfully stimulate the viewers love cell through their beach date especially when they’re shouting and watching the sea.

In the 13th and 14th episode of this drama, Woo Jin realized that couldn’t push Seo Ri away and from his mind as he started to going straight for Woo Seo Ri. Especially since the storage room who was locked for 13 years old because of his trauma has finally opened, signaling that Woo Jin will soon face his past memories. Seo Ri then found the picture of her that was drawn by Woo Jin when she was 17 years old that made the viewers curios on how their story will unfold in the future.

Through the lovey dovey moment of Seo Ri and Woo Jin who enjoyed their date by the shore, a lot of viewers are curios on will the two of them be able to recognize each other and how their relationship will develop in the future.