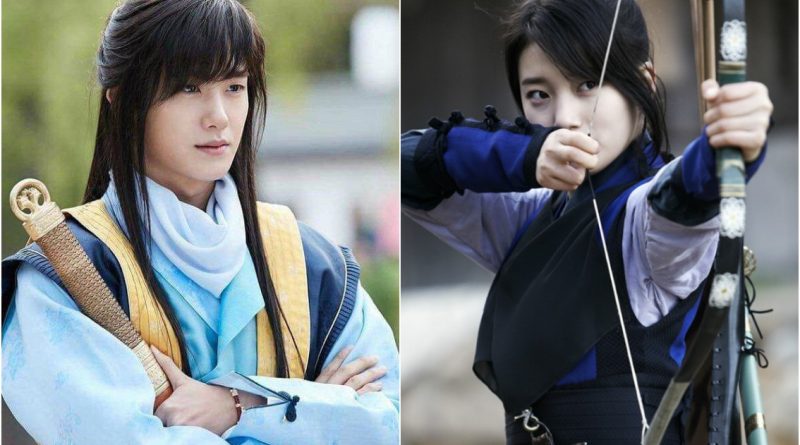 Many idols began to explore the world of acting. Not only good at acting, but the idols are also learning self-defense for the role they play. Some of them successfully portrayed the action scenes demanded by directors and writers. Who are they?

Suzy plays Dam Yeo Wool, a daughter of a martial instructor in the drama ‘Gu Family Book’. Suzy is depicted to use the archery well. She even helps Kang Chul (Lee Seung Gi) when he almost was killed by his father’s men.

In the drama ‘The King Loves’ Yoona plays Eun San or So Hwa. She is the daughter of an honorable man who must conceal her identity. To protect herself from danger, she also has to do a lot of martial acts in this drama.

Park Hyung Sik plays Sammaekjong in the drama ‘Hwarang’. He is an unbelievable young king and then tries his luck to become a Hwarang army. Of course with his role as a soldier, he has to play a lot of action scenes.

Choi Si Won has also shown his ability to perform action scenes in the drama ‘Athena: Goddess of War’. He had shown his talent well.

September 12, 2017 Ria Comments Off on [RANK AND TALK] 5 Idol Groups That Lost Its Member
BEAUTY Rank&Talk