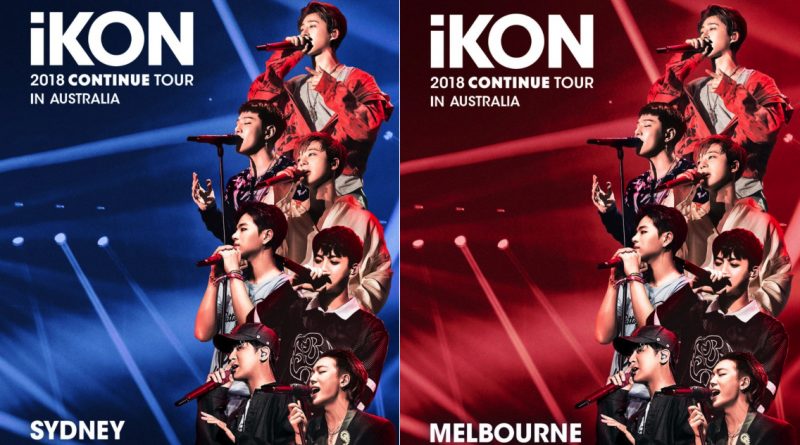 IKON just added Sydney and Melbourne as the cities they will stopped by to held their world tour concert.

YG Entertainment released a poster of IKON 2018 CONTINUE TOUR IN SYDNEY / MELBOURNE’ through its official social media in 29th of August at 9 in the morning local time. In the poster, IKON member were seen eye catchy as they were holding the microphone as if they’re singing and performing up on stage.

IKON has successfully finished their concert in Seoul in 18th of August and has performed in Japan for three days in consecutives from 24th to 26th of August. IKON JAPAN TOUR 2018 that was held in Fukuoka successfully captured a total 32.000 audiences.

Expectation from the fans are indeed quiet high and IKON is ready to spread out the Hallyu virus to all of their fans in Australia. The special world tour of IKON that will be hold in Australia is the first time since their debut.

IKON slowly has spread their popularity in overseas such as Sydney and Melbourne and it is expected more countries to be announced. IKON will perform in Taipei in 22nd of September, Kuala Lumpur in 13th of October, Bangkok from 19th to 20th October, Singapore in 4th of November, Manila in November 11th, Jakarta in November 18th and Hong Kong in November 25th.

More cities and stops will be unveiled soon in the future and now the public wonders on which country will be the next stop of IKON world tour.