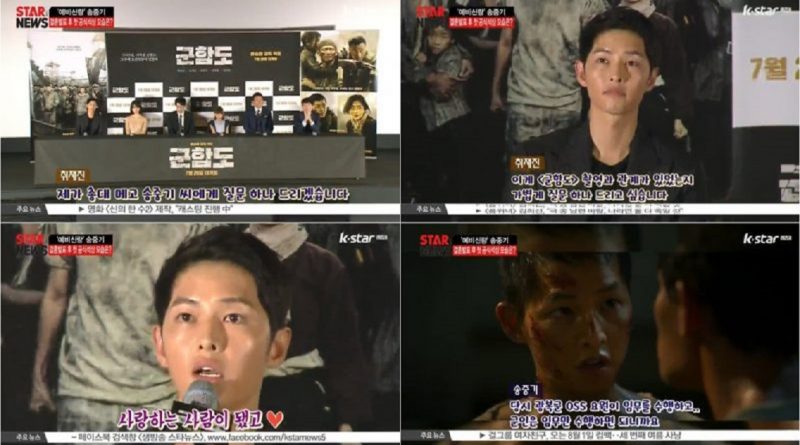 “I’m from Chung Dae, I want to ask a question for Song Joong Ki, but this has nothing to do with the movie,” one reporter said. “Song Hye Kyo has previously received an advertisement offer, she said if the advertisement comes from a company that is owned by Hashima Island, she would not do it. I wanted to ask, is it related to ‘Battleship Island’?”

“To be honest, I first knew about Hye Kyo’s rejection of the ad from an article,” Joong Ki answered. “When I read it, I silently cheered for her. Even though the ad came to me, I think I would do the same. If I face the same situation, I will have done the same. And as someone that I love, I think she really did something nice.”

Although there is no direct account of their wedding preparation, every time Song Hye Kyo’s name was mentioned,
we can see a glimpse of the groom-to-be’s happiness. Meanwhile, Song Joong Ki’s role in ‘Battleship Island’ reminds us of Yoo Si Jin of ‘Descendant of the Sun’. “When I think about it, I can agree with it. I did not even think about the previous drama while filming, but when it was aired I just started to realize the similarities between my characters.” Joong Ki said about the two characters.

Public interest in Song Song Couple will likely to continue for a long time!