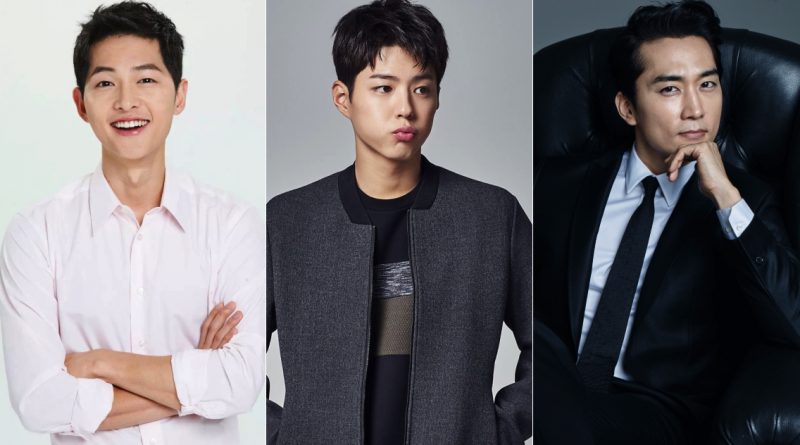 Park Bo Gum, Song Joong Ki and Song Seung Heon are the three top stars that has captured the viewers attention through their return to the screen. Especially, the three of them had chosed their next works that has gained a lot of attention.

The new tvN drama ‘Boyfriend’ has become the main spotlight since its casting announcement. In this drama, Park Bo Gum who will return to the screen after two years of absence and Song Hye Kyo who will return after her marriage will meet. This is the amazing line-up and has made this drama is already anticipated even before the production start.

‘Boyfriend’ is a romantic drama that tells a story of a daughter of rich politician named Cha Soo Hyun who seems to have everything but can’t live her life the way she wants. Song Hye Kyo will play the role of Cha Soo Hyun who will fall in love with an ordinary man named Kim Jin Hyuk which will be played by Park Bo Gum.

Song Joong Ki, the husband of Song Hye Kyo is loved by a lot of female fans. She is also became the main spotlight through his appearances in the screen and he is ready to return with tvN newest drama called ‘The Chronicle of Aseudal’.

‘The Chronicle of Aseudal’ is a fantasy drama with the set of ancient times that tells a story of civilization of imaginary ancient country. Aseudal is the fictional country which a mythical hero will struggle to keep the harmony and the love in between the people who lived in Aseudal. This drama is set to air for the first time in the first half of next year.

This is the return of Song Joong Ki to the small screen since KBS drama ‘Descendant of the Sun’ which exploded with popularity in 2016. In this drama, Song Joong Ki will play the role of Eun Sum, a child who was born with the energy of the blue stars that will bring a huge disaster to Aseudal. Besides Song Joong Ki, Jang Dong Gun and Kim Ji Won will also join forces in this drama and the recently the news of Choo Ja Hyun who will appear in ‘The Chronicle of Aseudal’ has risen up the viewers expectation on this movie.

Song Seung Heon will also greet the viewers in the screen this time. Song Seung Heon picked the OCN newest drama entitled ‘Player’ as his next work. This drama is full of action and tells a story of great players in various fields such as fraud, driver, hacker and also fighter who will join forces to collect the illegal money.

June 16, 2017 Tirta Comments Off on Who Catch the Flower Bouquets at Celebrity Weddings?
MOVIE VIDEO