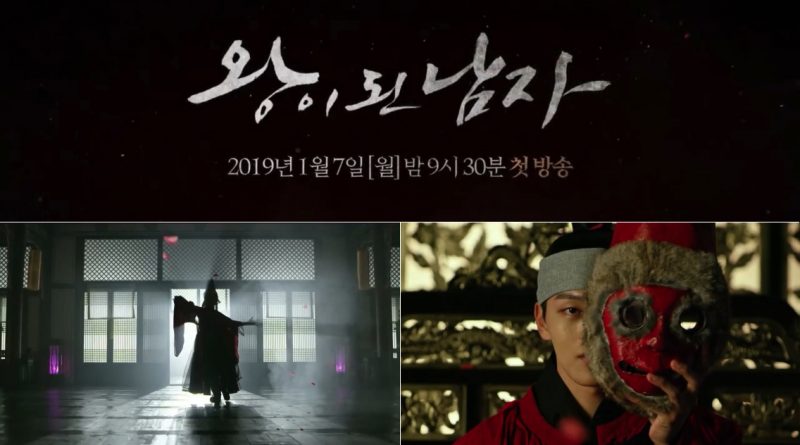 Drama ‘The Crowned Clown’ has released its newest teaser video. In the teaser showed Yeo Jin Goo who was wearing a red clown suit while dancing the dance that captive the viewers mind.

The new tvN drama ‘The Crowned Clown’ tell a story of a king who made a clown that has the same look as him to pretend to be him in order for him to safely escaped from the chaotic in the imperial. This is the remake of the movie ‘Gwanghae’ that successfully captured more than 12 million viewers and this drama also has successfully captured the viewers attention because it’s the first and new historical drama of tvN that will air in 2019. In the teaser video that was released in December 1st showed the scene of Yeo Jin Goo who was wearing a red-colored clown suit while dancing along with the petal roses that captured the viewers attention.

The viewers in the social media and online community showed a lot of positive responds when the teaser was released. They left comments such as “It’s like a teaser for a movie”, “the quality of this drama is amazing”, “I can’t wait to see Yeo Jin Goo playing double role”. Not only the quality of the movie, the viewers also left responds full of enthusiasm on its story such as “I think it’s going to be fun” and such.

Meanwhile, ‘The Crowned Clown’ is the remake of a movie called ‘Gwanghae’ that has surpassed 10 million viewers and this drama is the new historical drama and tvN’s first historical drama that will air in 2019. This drama will air for the first time in 7th of January 2019.