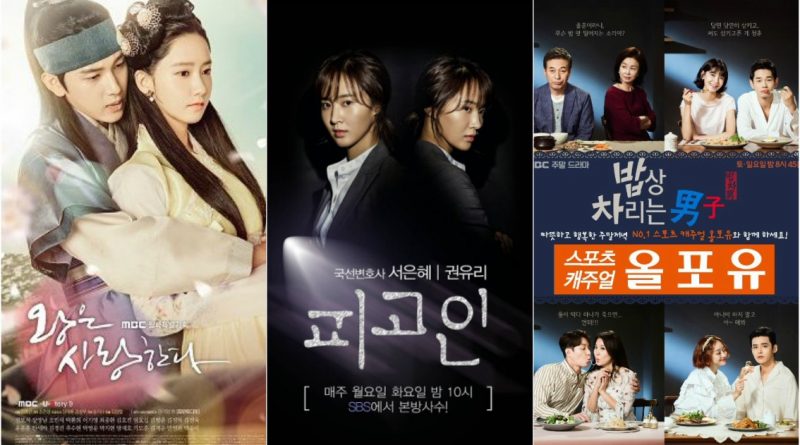 SNSD members’ acting skill is already acknowledged. Their outstanding acting performance is supported by an interesting plot resulting in high quality works. Especially the dramas that often air on television. What dramas are they?

Among the other SNSD members, Yoona became the most prominent in the acting world. In 2016, Yoona starred in the drama ‘The K2’ alongside Ji Chang Wook who really stole the audience’s attention. Yoona became the female lead and showcased outstanding acting performance. This drama managed to get the highest rating in the last episodes of as much as 6% on tvN.

Although not playing as the main character, Seohyun managed to depict the figure of a soft woman full of revenge to the king in the drama ‘Moon Lovers’. This role became the highlight because the character is well-executed by Seohyun. The story of Seohyun with Nam Joo Hyuk touched the hearts of Korean as well International viewers.

If Yoona is usually described as a graceful and gentle woman, for the first time in the drama ‘The King Loves’ Yoona played the manly looking girl. Her character surprised the fans and Yoona managed to play the role well. Supported by famous actors and unexpected plots, this drama has grabberd the hearts of its viewers.

Yuri finally got the leading role in the drama ‘Defendant’. Co-acting with Jisung, Yuri learned many acting skills even from Jisung. This drama had a successful result thanks to both acting and it received the rating of more than 15% at that time on SBS.

5. Man who Sets the Table

For the first time, Sooyoung gained a leading role in a drama. Sooyoung’s appearance in the drama was fairly stable and qualified. It’s no wonder that her role captured the attention of viewers.

Which of the five dramas do you think is the best?

April 13, 2017 Tirta Comments Off on Korean Stars Who Suffer from Unexpected Illness