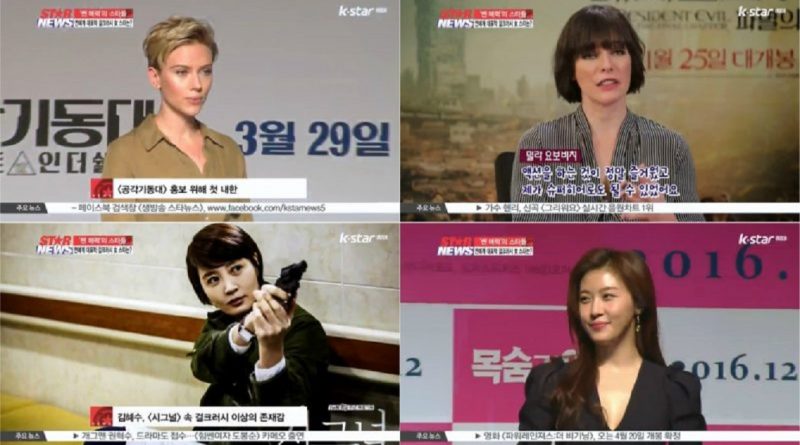 These days, the word ‘Girl crush’ is getting more popular. A combination of ‘girl’ and ‘crush’, the word means girls who are idolized/idolize other girls. ‘Girl crush’ celebrities are also emerging everywhere.

In Korea, there are two Hollywood actresses who are called the icons of ‘Girl Crush: Scarlett Johansson and Mila Jovovich.

Other than Scarlett and Mila, other Hollywood ‘girl crush’ icons include Felicity Jones from ‘Star Wars’ until Ariane Labed from ‘Assassin’s Creed’.

Meanwhile, Korean celebrities who are dubbed as ‘Girl crush’ icons include Kim Hye Soo from ‘Signal’, Ha Ji Won, and Jun Ji Hyun. The latter previously starred in various action movies such as ‘The Thieves, ‘The Berlin File’, and ‘Assassination’.