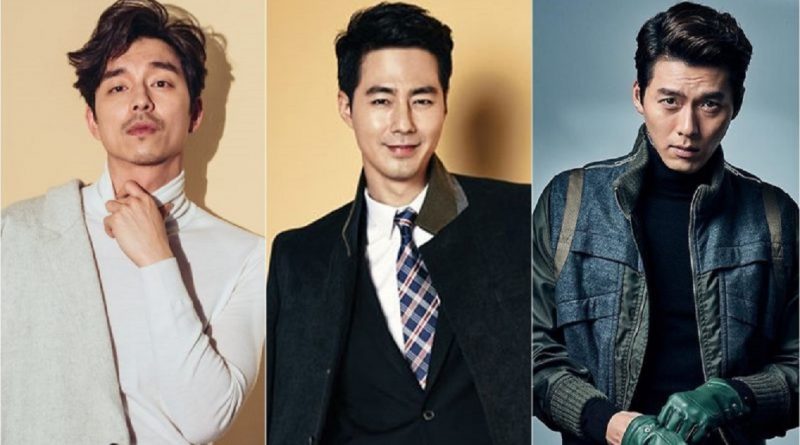 Though these actors’ age is already above 35, their charisma and visual are no less dazzling than young actors in their early 20s. So many women are still head over heels these ‘ahjussi’ actors. Who are they?

Gong Yoo was born in 1979! Soon he’ll be a 40 years old man, but his physical and visual still looks young. With ‘Goblin’, in the beginning of this year, Gong Yoo showed his existence in the world of entertainment. He still looks cool and handsome though he is no longer young. Gong Yoo successfully portrayed a dazzling and slightly ridiculous Goblin in the drama, which created quite a syndrome among Hallyu fans.

Having a tall body posture does not make Jo In Sung look old. Though his age has reached 37, he still deserves to play in romance dramas and fascinate viewers. Jo In Sung’s character in the drama ‘It’s Okay That’s Love’ made him popular among female fans of all ages.

Lee Dong Wook is one of Gong Yoo’s co-stars in the phenomenal drama ‘Goblin’. Thanks to his rigid yet adorable acting as an angel of death, Lee Dong Wook became a new idol among female fans. This year, Lee Dong Wook will be 37 years old, but his baby face still makes us want to call him ‘Oppa’.

One of the most remembered dramas of Song Seung Heon is probably ‘Endless Love’, in which he acted together with Song Hye Kyo. Among the mentioned actors in this page, Song Seung Heon is the oldest. He was born on October 5, 1976. Nevertheless, his charisma is still very strong and handsome.

Drama ‘Secret Garden’ which he starred with Ha Ji Won successfully lifted back his name. This 1982-line actor has a cute smile which makes him looks youthful. At the age of 36 years, Hyun Bin still deserves to be called as our ‘Oppa’.