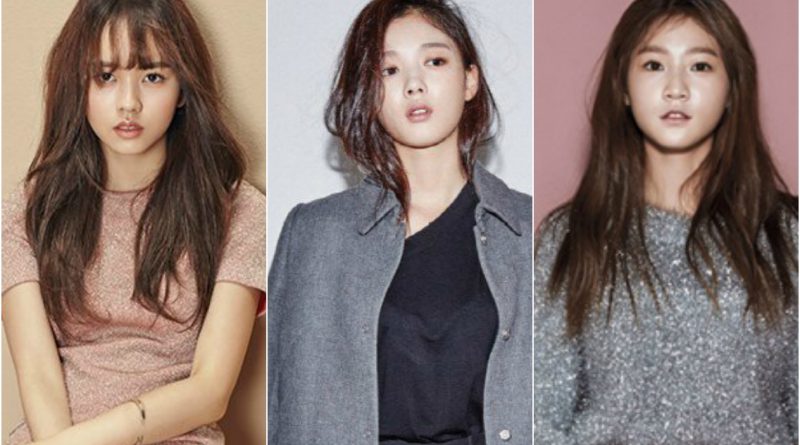 The woman who plays ‘Han Ga Eun’ in the MBC’s drama ‘Ruler’ has starred in dozens of amazing works both through movies as well as dramas on regular television channels. Kim So Hyun started her career in 2006, and then her name was known to the crowd as she starred in the drama ‘Moon Embracing The Sun’ as the evil little Yoon Bo-Kyung queen in 2012. Until now, the popular drama she has starred among others are ‘King of Baking, Kim Takgu’ (2010), ‘Rooftop Prince’ (2012), ‘Missing You’ (2012), ‘I Can Hear Your Voice’ (2013), ‘Who Are You: School 2015’ (2015 ), ‘Let’s Fight Ghost’ (2016), and more. Her beautiful visuals and good acting performance make her work always a hot topic followed by receiving a positive response from every audience.

Born in 1999, Kim Yoo Jung who earned the nickname ‘Korea’s Little Sister’ debuted in 2003. In 2017, she was ranked 8th in the order of ‘Forbes Korea Powerful Celebrity’. When she was only 5th grade in elementary school, Kim Yoo Jung has even played in 13 dramas and 15 movies as a child actress. The last drama she played was KBS drama ‘Moonlight Drawn by The Clouds’ in 2016 with actor Park Bo Gum. In addition, Kim Yoo Jung also starred in popular works and some of her dramas include ‘Princess Hours’ (2006), ‘Queen Seondeok’ (2009), ‘Dong Yi’ (2010), ‘Moon Embracing The Sun’ (2012) and many more.

The actress who was born in 2000 started her career in the entertainment world through the movie ‘A Brand New Life’ in 2009 when she was 9 years old. As she grew older, she starred in other popular dramas such as MBC drama ‘Can You Hear My Heart’ in the year 2010, SBS drama ‘Fashion King’ in 2012, and KBS drama ‘Hi! School: Love On ‘in 2014 and JTBC drama’ Mirror of the Witch ‘in 2016 where in both dramas, Kim Sae Ron was the main character who played an important role. Despite her young age, Kim Sae Ron has won several awards such as Best Young Actress at ‘2014 KBS Drama Awards’, Best New Actress at the ‘9th Korea Drama Awards 2016’ and many more.