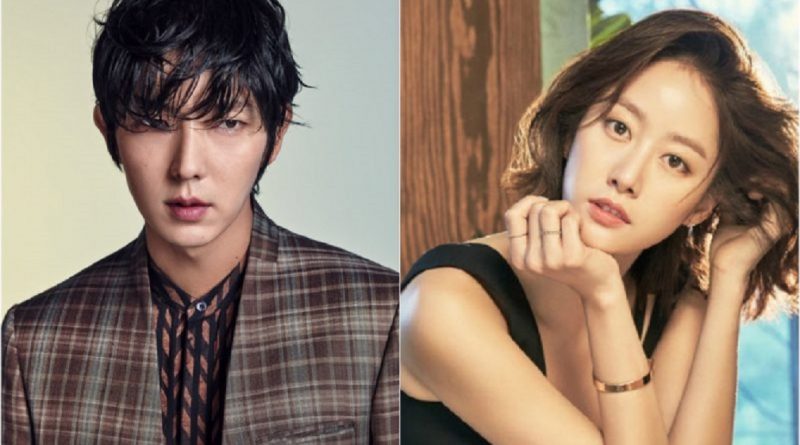 The couple has been rumored to be dating since a long time ago, but today, after Dispatch released proofs of their dates, Pinkbit Entertainment finally confirmed their relationship.

Lee Joon Ki and Jun Hye Bin started to grow closer after starring in ‘Gunman in Joseon’ (2014) together. Though the drama has ended, the casts often meet each other to hang out or do sport activities together. This was the reason the dating rumor about the couple spread a few times. However, Lee Joon Ki and Jun Hye Bin had always denied each of those rumors, saying that they’re only ‘close friends’, because they fear the burden that would come if they open up about the relationship.

Lee Joon Ki and Jun Hye Bin have always gone on their date in secret. According to Dispatch, their meetings are mainly done at Hye Bin’s villa that is located in Yangyang, Gangwon Province. Despite their busy schedule, Joon Ki and Hye Bin frequently took their time to meet each other. The couple also spent the New Year’s eve in the villa.

People who live around the villa also confirmed that they’ve seen the couple a lot of times. According to a Yangyang resident, “They look just like usual couples.”

Congratulations to the couple!

September 21, 2017 Ria Comments Off on [RANK AND TALK] 4 Idols With Unsual Airport Fashion