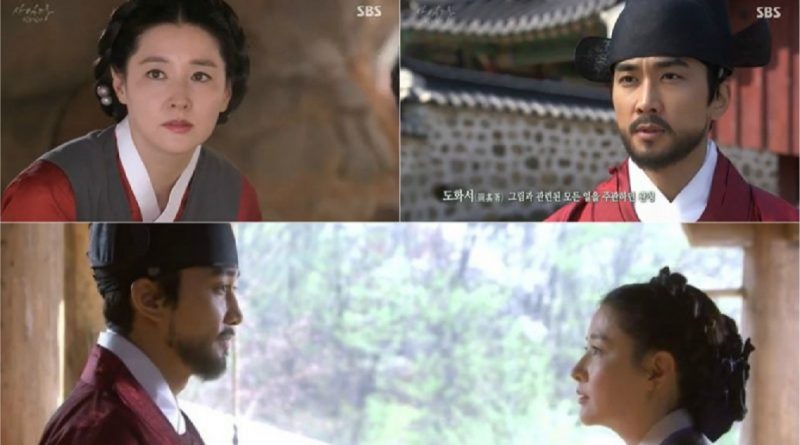 In the 22th episode of ‘Saimdang, Light’s Diary’ (6/4), Saimdang’s daughter entered the state exam after disguising herself as a man. The daughter, Yimaechang, managed to get the highest score, however, her disguise was revealed and she was dragged out of the palace. Seeing the incident, Lee Gyeom (Song Seung Hoon) tried to help Yimaechang.

Eventually, Saimdang was accepted in the palace as the King’s official painter. To King Jongjong who asked her humiliating questions, Saimdang replied, “My late Father will give me the strength to paint. I will paint the face of Joseon’s leader will all of my heart and soul.”

Saimdang kept painting and painting that she even forgot to ear. Knowing that she’s painting non-stop without stopping even just to eat, Lee Gyeom came to her and put some food behind Saimdang. Lee Gyeom’s continued affections toward Saimdang proved that his heart was still completely into her.