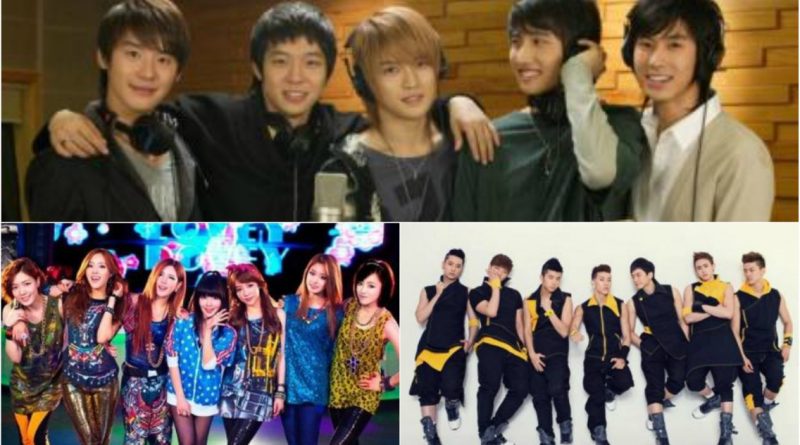 The idol group consisting of five handsome guys, Changmin, Yunho, Junsu, Yoochun, and Jaejoong, made their debut in 2004 and became the most famous boy band in KPop throughout history. However, in 2009 three members of the group, Junsu, Yoochun, and Jaejoong, chose to leave TVXQ allegedly for an unfair treatment of SM Entertainment, the management of TVXQ. During the three years of fighting between JYJ and SM Entertainment, finally, JYJ got away from the company.

T-ARA is one of the girl band that once popular because of their internal conflicts that occurred with its members. Hwa Young quitted T-Ara because reportedly she was bullied by her own members. All that happened when five T-ARA members commented on Hwa-young through her social media account. Soon, T-ARA’s agency, Core Content Media, broke a contract with Hwa-Young, giving her a solo career.

Jay Park is one of the boy band members who left dramatically in 2010. The former member of 2PM was briefly ostracized from Hallyu world after joining 2PM. The reason was that Jay Park who long lived in the United States had uttered unpleasant and offensive words about the world of KPop artists. He also had time to flee to the US to avoid further controversy.

MBLAQ lost two members namely Lee Joon and Thunder who did not want to continue their contract with J.Tune Camp when it has run out. Lee Joon wanted to focus on his acting career. During this time, Lee Joon is better known as an actor who starred in several famous dramas and movies than the singer. Meanwhile, Thunder wanted to increase his musical ability. Thunder who is the younger brother of Dara `2NE1` mentioned that he will continue his studies in the field of music.

Jessica is SNSD’s former member who got ‘kicked-out’ by SM Entertainment. Jessica’s case was quite unique. The reason is that Jessica was fired from the group who raised her name directly by one of the largest management in South Korea in September 2014. Jessica boldly announced the problem she was experiencing with her agency through social media accounts. Jessica explained she only got a notification if she is no longer SNSD member. However, SM Entertainment revealed if Jessica herself who resigned. According to SNSD, Jessica came out because she wanted to focus on her personal business in fashion industry.