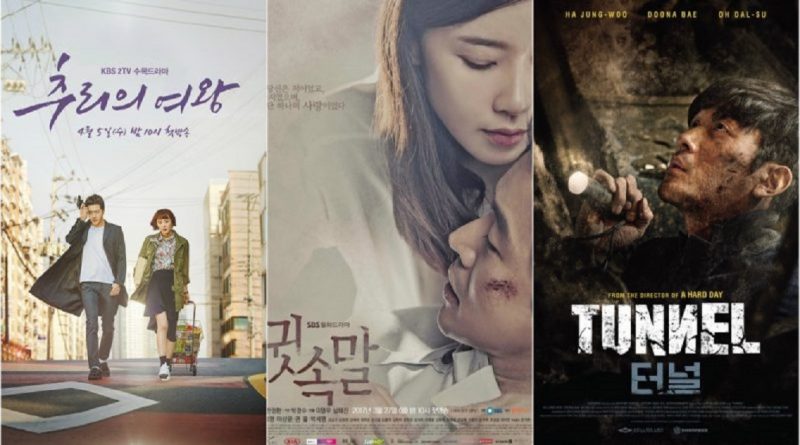 As Korean dramas are currently dominated by detectives, it seems fitting to say that this is the golden era of drama detectives. Kwon Sang Woo, Lee Bo Young, are Choi Jin Hyuk are three actors who are portraying the detectives with three distinct personalities. Let’s check out each of their character!

Kwon Sang Woo’s portrayal of the hilarious yet mystery-lover detective Ha Wang Seung managed to increase the rating of ‘Queen of Mystery’ until it reached first position of Wednesday – Thursday drama slot recently.

Aside from being a detectives, Lee Bo Young also showed different sides in this drama, from being a daughter, a lover, and  a secretary. The actress plays against actor Lee Sang Yoon, who’s complementing her story line.

Choi Jin Hyuk, the detective from the past

In OCN’s Saturday – Sunday drama ‘Tunnel’, Choi Jin Hyuk portrays the role of Park Kwang Ho, a detective who originally lives in 1986. To catch a killer who disappears in a tunnel, Park Kwang Ho time travels to 30 years later, which is 2017. At first, this character was highly surprised knowing the existence of a tool that could make him time travel to the future, but after that, he becomes even more enthusiastic and determined to continue his investigation and catch the culprit.