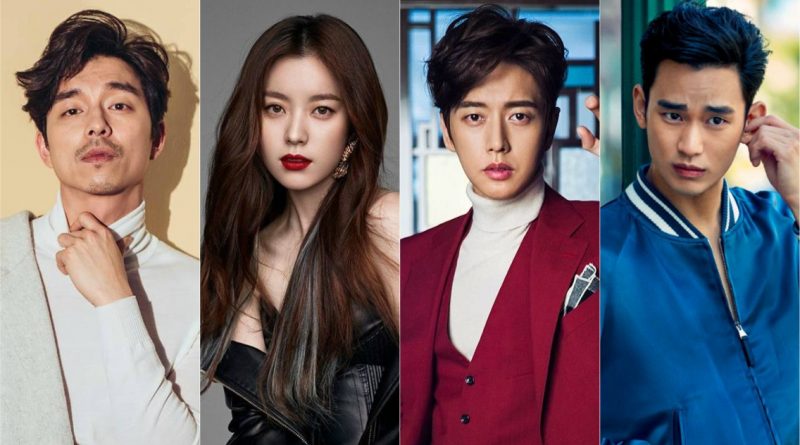 Not just handsome and good at acting, Gong Yoo is also an actor who is very thoughtful of others. In 2014, Gong Yoo became UNICEF’s ambassador and volunteered by visiting 193 countries around the world to improve the public’s impression of the condition of children in developing countries. Gong Yoo also once donated his voice as a narrative film made specifically for the deaf and blind.

Actress Han Hyo Joo joined the ‘Green Umbrella Children Foundation’ since May 2017 and participated in the ‘Wearing Dreams Day by Day’ program. In the event, they donated a personally designed outfit to 1,004 sick children. Han Hyo Joo also donated 10,040,000 Won for the children.

Park Hae Jin has been following social activities for years. Park Hae Jin is the first Korean star to receive an award from the ‘Chinese Civil Award’ for his contribution to social welfare in South Korea and China. Hae Jin even invited his haters to deliver coal briquettes and daily necessities for the elderly in Guryong Village.

One of Korean popular actors, Kim Soo Hyun donated 180 thousand US dollars to ‘China Children and Teenagers Fund’ at a charity event held by one of the leading brands ‘Gucci’. The foundation has a mission to improve the welfare of 1200 children with disabilities and build childcare centers.

May 17, 2017 Tirta Comments Off on PSY’s Album is Full of Collaboration with Fellow Top Stars
MOVIE VIDEO