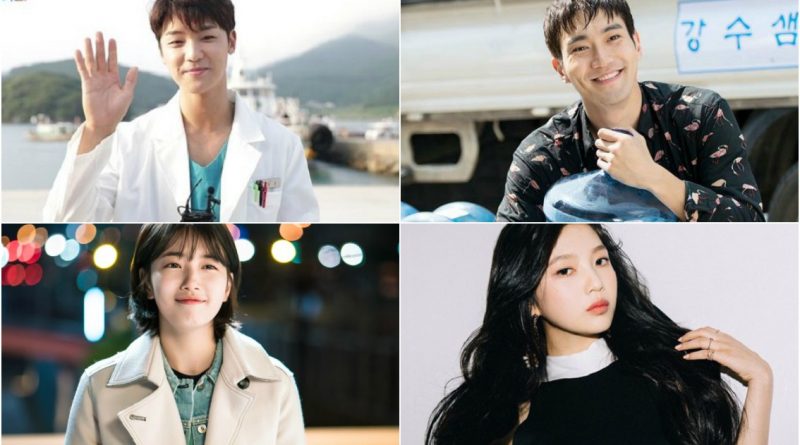 The lives of celebrities are never separated from public’s conversation. They can be discussed in both positive and negative contexts, especially the idols. Here are 4 idols that become hot topics at this moment.

Suzy has been widely praised for her acting skills that developed in the drama ‘While You Were Sleeping’. Starting from the expression and character development are somewhat successful. Not only that, but her breakup news with Lee Min Ho increasingly make fans curious if she has a relationship with Lee Jong Suk.

In a Korean fan community, Joy is reportedly being discussed a lot because of her nickname as a sexy cutie. Many say Joy’s drastic change in Red Velvet’s comeback this time is a success. Joy can look cute and sexy at the same time. She is crowned as the next Suzy.

After returning from the military, Choi Siwon put a lot of hope from drama ‘Revolutionary Love’ and a comeback with Super Junior. Not a warm response received by Choi Siwon instead of scolding from Korean net citizens. Because Choi Siwon’s family’s dog accidentally bite a famous entrepreneur. Despite apologizing several times and admitting regrets, the netizens seem to have yet to make room for Choi Siwon.

After starring in drama ‘Hospital Ship’, Kang Min Hyuk received many criticisms toward his acting. His acting skills are considered still not worthy to be Ha Ji Won’s acting partner. Kang Min Hyuk’s response to the criticisms was also misunderstood, he was considered arrogant.

June 18, 2018 Ria Comments Off on 4 Korean Celebrities Who Have Unique Allergies
Rank&Talk TRAVEL