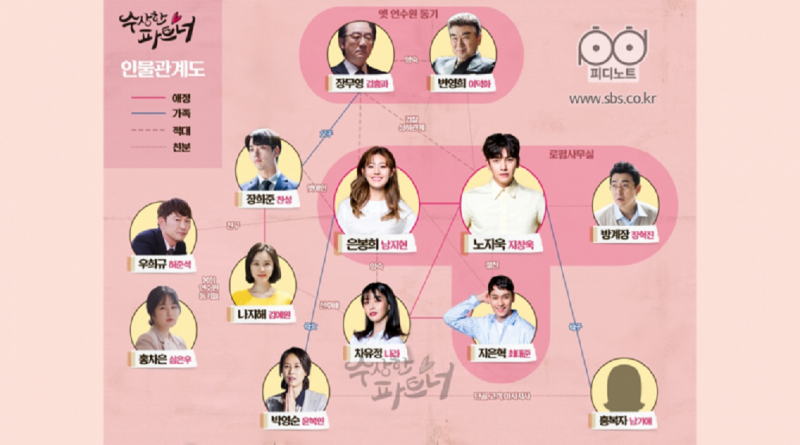 ‘Suspicious Partner’ released a scheme to explain the relationship between its characters ahead of its premiere today.

Eun Bong Hee is also revealed to have a complicated relationship with No Ji Wook’s ex-girlfriend, Cha Yoo Jung (Na Ra). It seems like they will fight a lot.

‘Suspicious Partner’ also gave brief explanation on the personality of its four main characters. No Ji Wook is described as a successful prosecutor who has ‘tsundere, high spirited, smart, and high sense of justice’, but he has low score in ‘want to be famous’ factor. Meanwhile, Eun Bong Hee is described as someone with ‘positive soul, expert in taekwondo, tough, and betrayed by ex-boyfriend’.

The love story between the genius prosecutor No Ji Wook and law intern Eun Bong Hee will start airing in SBS tonight at 10 PM KST.

June 18, 2017 Tirta Comments Off on Seo In Gook Will Not Have to Finish His Military Service
DRAMA VIDEO