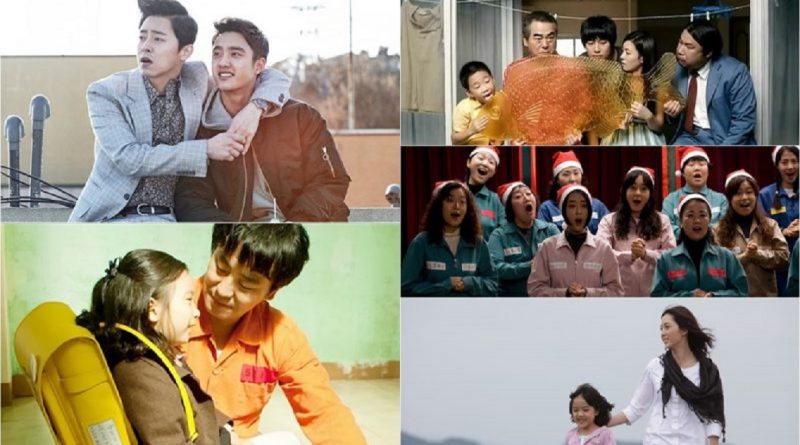 This time CastKo will recommend the four saddest family genre movies that can make us cry and realize that family is important.

The movie directed by Lee Hwang Kyun ‘Miracle in Cell No.7’ is starring Ryoo Seung Ryung, Park Shin Hye, Kal Soo Won and Jeong Man Sik. The story revolves around a father named Yong Goo (Ryoo Seung Ryung) who has a mental illness but loves his only child Ye Seung (Park Shin Hye, the younger character played by Kal So Won). He was accused of raping and murdering a small child and sentenced to death. When Ye Seung gets older, she becomes a lawyer and wants to prove that her father is innocent.

Ryoo Seung Ryung’s acting is incredible. As a person with mental illness, he can be said to deliver his acting really well. Especially the love that he bestowed on little Ye Seung was touching. Kal Soo Won’s acting was no less good. This film is able to make the audience cries nonstop. In addition to father and daughter relationship, there is also a friendly relationship between Yong Goo with five other prisoners who helped Yong Goo a lot.

Wedding Dress is a movie released in 2010. Tells the story of a widow named Ko Woon (Song Yoon A) who was diagnosed with cancer. Then she started preparing her 9-year-old daughter So Ra (Kim Hyang Gi) to live without her. So Ra looks very young, but she realizes that her mother is in a state that is not okay. Finally, So Ra discards her ugly and naughty nature to convince her mother that she will be okay.

The mother and daughter relationship shown by So Ra and Ko Woon illustrates a realistic relationship. Generally, a girl often argues with her mother just like what they portrayed. But ever since she knew her mother is sick, there seemed to be a change and maturity to the very young So Ra.

Moon Ok (Na Moon Hee) is a music teacher at the university, but she commits a crime of violence because of her husband and father-in-law. In the prison, she meets Jung Hye (Kim Yunjin) who kills her husband for domestic violence. When she is arrested, Jung Hye is pregnant and her child is born in the prison. 18 months later her son should be adopted. To spend a day with her son outside the prison, Jung Hye must form a choir of prisoners. Moon Ok becomes the conductor for the choir.

Prisoners and police officers were touched by the choir. ‘Harmony’ shows a unique relationship between mother and child that she cannot take care of and raise herself.

Sang Man (Cha Tae Hyun) committed suicide by jumping from the bridge into the river. He failed and actually began to see the ghost. Sang Man goes to the hospital for examination. He felt he was crazy. Then Sang Man meets with Jung Yun Soo (Kang Ye Won) and falls in love. But the ghosts follow Sang Man wherever he goes. Sang Man tried to meet the demands of the ghosts to disappear from his life.

Unlike with other films, the relationship this time is intertwined with a human ghost. But this movie is not a horror movie but a family movie that will make us shed tears. The final part of the film is the key to the story and the conflicts that occur. Cha Tae Hyun is a talented actor whose ability cannot be doubted anymore. The ghost that is displayed is not a frightening ghost but it is funny and annoying.

Doo Sik (Jo Jung Suk) is jailed for fraud. His half brother, Doo Young (Do Kyung Soo) is a promising judo athlete, but due to a competition, he loses his eyesight. Doo Sik takes advantage of his brother’s illness to earn money when he gets out of jail.

‘My Annoying Brother’ further highlights the relationship side of the brothers who do not get along. Both of their parents are dead and they are forced to live together. Doo Sik and Doo Young fight a lot. Doo Sik’s attitude that is annoying and often annoys his brother is making the relationship both more severe. But one day when their relationship improved, the atmosphere changed to be sweeter. Jealousy towards siblings often happens in families, this film gives us the message to continue to love our family despite everything.