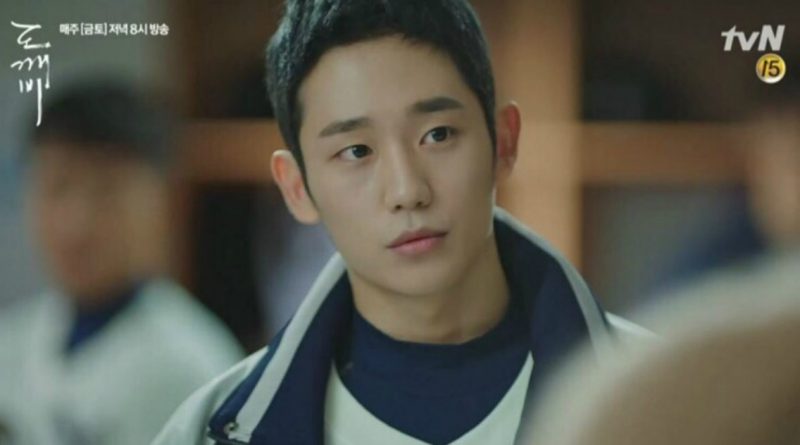 Jung Hae In gained attention again with his appearance as a cameo in the tvN Friday-Saturday drama, “Goblin.”

In episode 7 and 8, which were broadcasted last week, Jung Hae In appears as Ji Eun Tak’s first love, Choi Tae Hee. They accidently meet when Eun Tak goes to his school to take an entrance test.


Seeing them together makes the goblin (Gong Yoo) become really jealous. He goes to the baseball department of the school to find Choi Tae Hee. “Tae Hee come out! You look quite cool you know,” says the goblin.

Jung Hae In commented on his cameo role by saying that, “As a fan of “Goblin”, it was a pleasure for me to appear in the drama. The shooting of the MBC Monday-Tuesday drama “Night Light” is halfway finished, and I hope that “Night Light” also gets much love from the fans.”