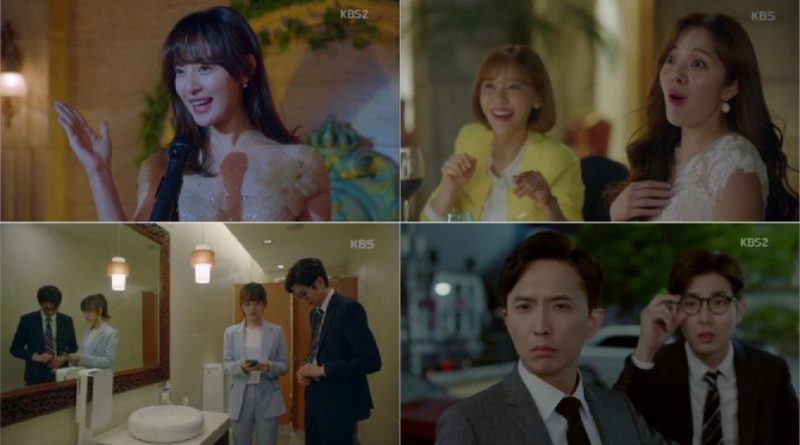 “I live a good life and I’m happy. I feel that my life is fine, but why others look down on my life”.

Choi Ae Ra had a dream to be a host, but at 29 she only worked as an information desk clerk in a shopping center. At the wedding, Choi Ae Ra was offended by the words of his friends to her, “You can just pay half”.

Choi Ae Ra became a host of her friend’s wedding because the MC couldn’t attend it. Choi Ae Ra looked dazzling and made the male guests from the husband’s side of Choi Ae Ra to plan things that weren’t good. First, they tried to approach and seduce Choi Ae Ra, after that the one who could spend the night with Choi Ae Ra would get the money.

Choi Ae Ra also knew about the plan and got a slap from the man. Ko Dong Man (Park Seo Joon) who previously received a call to pick up Choi Ae Ra saw the incident and immediately hit the man mercilessly.

In this episode, it showed the reality between school friends, shown by the appearance of Hwang Chan Sook who married an elderly doctor who is not handsome but rich. The scene can be one of reality that describes the current state in society.

The presence of Ko Dong Man and Choi Ae Ra character who are lacking at many things makes this drama to be funny. Choi Ae Ra has always dared to defend her best friend whenever and wherever. But when growing up, many aspects of her are being criticized by the people around her.

‘Fight for My Way’ lifts the theme of the reality about youth and mixed it with romance. The relationship between Kim Ji Won and Park Seo Joon also makes the public curious about what will happen next.