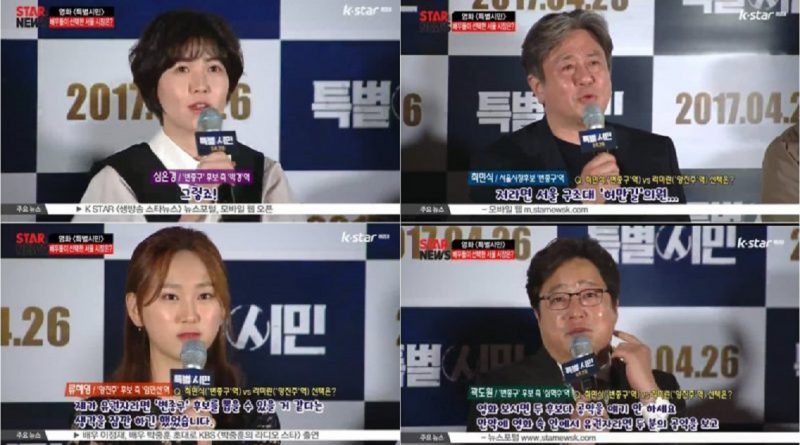 ‘The Mayor’ is a film about Seoul’s Mayor Election, in which the candidates in the city’s mayor election are Choi Min Sik and Ra Mi Ran. Let’s ask the actors about who will they choose as the mayor!

“If I was the voter I think I would choose ‘Byun Jong Goo’.” said Ryu Hae Young. “I will support ‘Byun Jong Goo’! I mean, youth innovation ‘Park Kyung’,” said another.

Meanwhile, Kwan Do Won gave an interesting comment. “If you see the movie, the two candidates do not talk about their commitments. If I was a voter, I would have examined their commitments, think about it and then make my decision based on those two.”

Will the election of actors in ‘The Mayor’ be as fierce as ‘real’ elections? What are the differences? Is the movie worth to be watched? Find out by watching the film ‘The Mayor’!