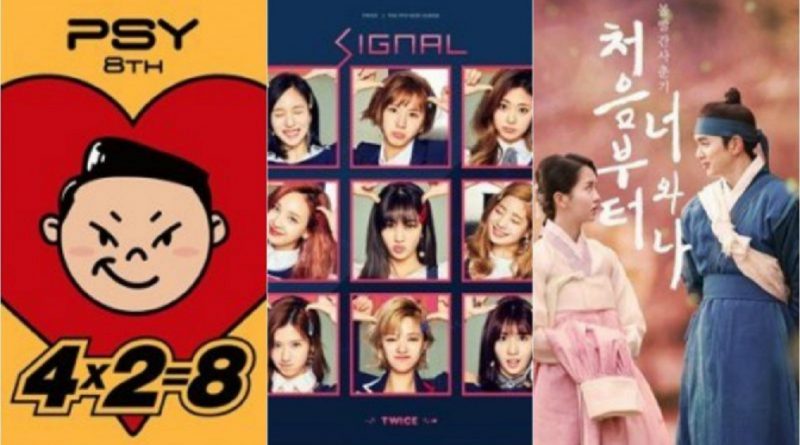 From Psy to TWICE are taking over the music charts.

Psy’s new songs, ‘New Face’ and ‘I Love It’ on May 22 at 7 am are ranked 1st on Monkey3 and M-net music charts. Not only that, Urban Zakapa, TWICE, and Bolbbalgan4 are also rising up.

TWICE ‘Signal’ is currently topping Melon music charts. There was a re-record after the stage broadcast. In addition, there is Sechskies ‘Be Well’ which currently occupies the no.1 position on Naver.

MBC drama ‘Ruler: Master of the Mask’ OST and Bolbbalgan4 ‘You and I from the Beginning’ are both ranked 1st on Bugs Music and Soribada. Meanwhile Urban Zakapa ‘Alone’ is tops Genie and Olleh Music. The music charts continue to be filled with various types of music ranging from Psy to Bolbbalgan4.

Various types of music continue to flood music charts, not to mention that later Seventeen and iKON have released their new singles which surely will also create a change in these music charts.

February 16, 2018 Tri Comments Off on 3 Male Stars Who Are Good at Cooking
Rank&Talk STAR