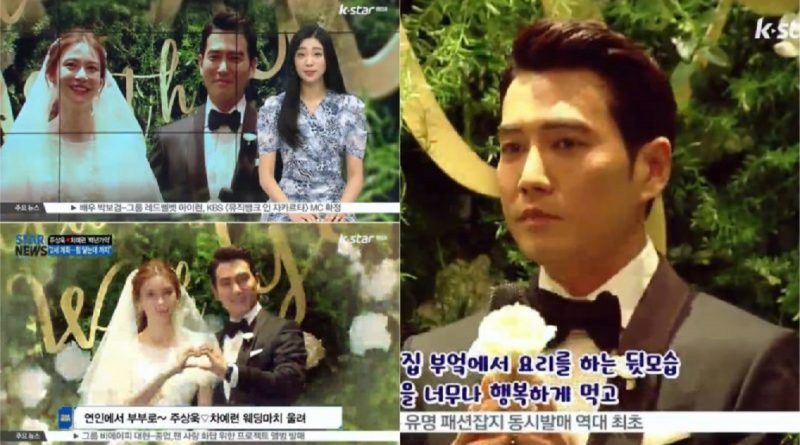 The wedding ceremony was held on May 25 at a hotel in Seoul. Jo Sang Wook and Cha Ye Ryun also appeared as husband and wife in front of media crews. The groom appeared wearing a black suit while holding his wife’s hand. “I did not think so many media would come, so I’m very nervous now. This is a very important day for me. I did not think it would be this nerve-wracking, as I have attended many press conferences before. But yesterday, yesterday I could not sleep at all,”

During the press conference, Jo Sang Wook revealed a funny story from their proposal. “Not long ago, we went to Hawaii to do a photo shoot. Actually, I was secretly preparing a few things before proposing to her. However, I was caught red-handed. Therefore, it can be said that my proposal failed because it was discovered. Even now, I still have not asked her properly.”

The media of course asked about their honeymoon plan. “For the honeymoon plan itself, we actually have not discussed it in detail. So far there are no honeymoon for us in the near future. In three days, our mother will be celebrating her 70th birthday, so it’s impossible for us go away in June. So, we have not decided yet,”

Plans about baby also attracted public attention. “First, I’m, planning to have two children. When that has been achieved, then we might only have five children at most,” Jo Sang Wook answered.

To Jo Sang Wook and Cha Ye Ryun, congratulations on your marriage!