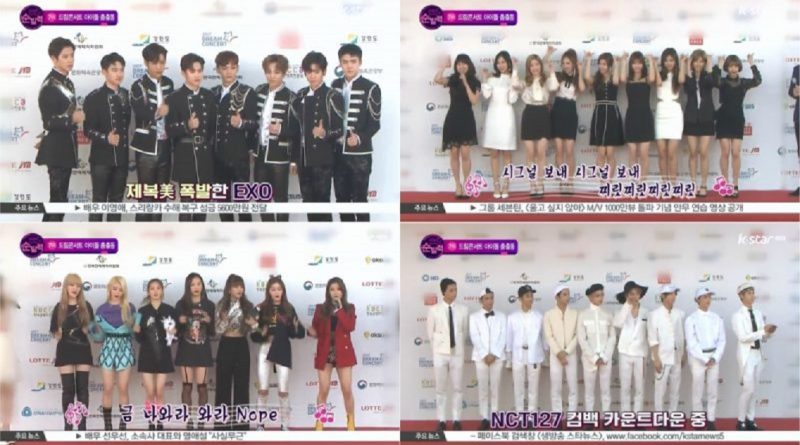 EXO appears in prince-like style. “We have recently held a concert and have promised to perform in the Dream Concert. Many fans are waiting for us because we will have a comeback in the summer. We are preparing the comeback as best as we could. The same thing applies to our ‘Monster’ performance this time,”

Members of TWICE, who have just made a successful comeback with’Signal’, look beautiful with a white and black concept. They attract public attention with their ‘Signal’ unique pose. CLC also dances a special movement from their song, ‘Hobgoblin’.

Then, BTOB is present while holding a photo of Seo Eun Kwang, who could not attend the event. “We’ve prepared a special pose to feature our Eun Kwang Hyung.” NCT 127, a group that is also preparing for their comeback, also attracts attention with their hat fashion. In addition, there are Tae Min, VIXX, and various other K-Pop groups who also participated in Dream Concert.

We will continue to support and wish for the brilliant career of K-Pop group!